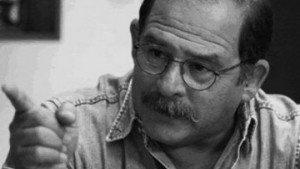 3 years ago journalist Fausto Valdiviezo Moscoso was killed when leaving his mother´s house in the Atarazana neighborhood. Authorities have failed to identify those responsable for the crime.

The effervescence of the first investigation is totally different from that conducted by the Prosecution of Guayas, by higher orders. Albeit after the murder occurred in La Atarazana neighborhood, a process was initiated against five persons who were acquitted a year later, investigations that were conducted back then were public; now, the investigations are conducted privately.

“We are facing the secrecy of a previous investigation,” says attorney Julio Cesar Cueva, legal representative of the Valdiviezo family. This is corroborated by the prosecutor of Unit 1 of the Office of Safeguards and People that is currently in charge of the case. Talking about the case is legally prohibited.

Yesterday, the family celebrated a Mass in the Jardines de la Esperanza cemetery, where they unveiled a bust in memory of Fausto Valdiviezo, to remember the three years of his death.