30,550 users from Guayaquil have been enrolled in the Efficient Cooking program 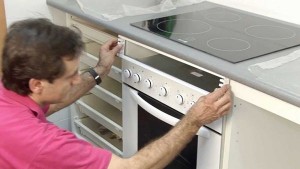 Until yesterday, the National Electricity Corporation (CNEL for its Spanish acronym) of Guayaquil recorded 30,550 approved applications for the Efficient Cooking program in Guayaquil, announced Luis Aguirre Sánchez, Commercial Director of the entity.

The program aims to replace about 3.5 million gas stoves until 2016 nationwide.

In Guayaquil, Aguirre said that of the 30,550 applications, 7,790 users already have induction stoves in their homes, which were acquired through the state credit.

Registrations for the state credit plan began on August 18, 2014 through the websites of electricity Company, in its offices and waterhouse stores.

He said that since January greater acceptance to the program is evidenced by the users.