32 requests for change of agenda of the opposition, denied 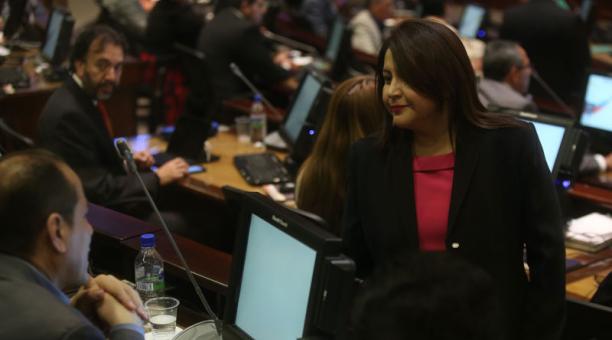 Legislators know what issues the Alianza PAIS (AP) Party faces internally. And those are precisely the ones they are trying to include in the debate: the national dialogue of the President, the referendum, Yachay, the hidden camera found in the office of Lenin Moreno, etc.

As soon as a struggle transcends within Alianza PAIS, the opposition is activated. Before each session begins, proponents walk through the offices of their colleagues in the corridors of the Legislative Palace to get the necessary signatures (seven). Time is on their side. An order for change of agenda may be submitted up to 10 minutes before the plenary session is set up.

Then, when the content of the resolution is read before all the legislators, and the time of the voting is near, the ruling party is the one that activates. AP coordinator Ximena Peña runs to the seats of her colleagues. She is the spokeswoman for the bloc. “Against,” she says in the distance when it is an initiative of the opposition.

But PSC Legislator Cesar Rohón responds. A parliament is to parley, i.e., to speak, he says. “And what the ruling has done to block the changes of the day is to undermine the role of the legislators.”

Country Alliance – Rohón continues – has not allowed progress in the audit; for example, permitting the appearance of former government officials who have been identified. The opposition tried to get Rene Ramirez to explain the irregularities identified in Yachay but failed.

So far this year 46 requests for changes to the agenda have been made, according to the Legislature records. 32 opposition requests were denied and seven approved. The latter had nothing to do with the political situation. One was to condemn the increase in violence against women, with which all agreed. (I)

Moreno used the dialogue to gain support from the opposition