The beginning of the Russian offensive in Ukraine, on February 24, caused 657 Ecuadorians to return to their native country on three humanitarian flights. Most of these are young students who had chosen to carry out their university studies in the European country, but this was affected by the war and 369 chose to benefit from the proposal of the National Secretariat for Higher Education, Science and Technology (Senescyt ) to enter the national higher education system. 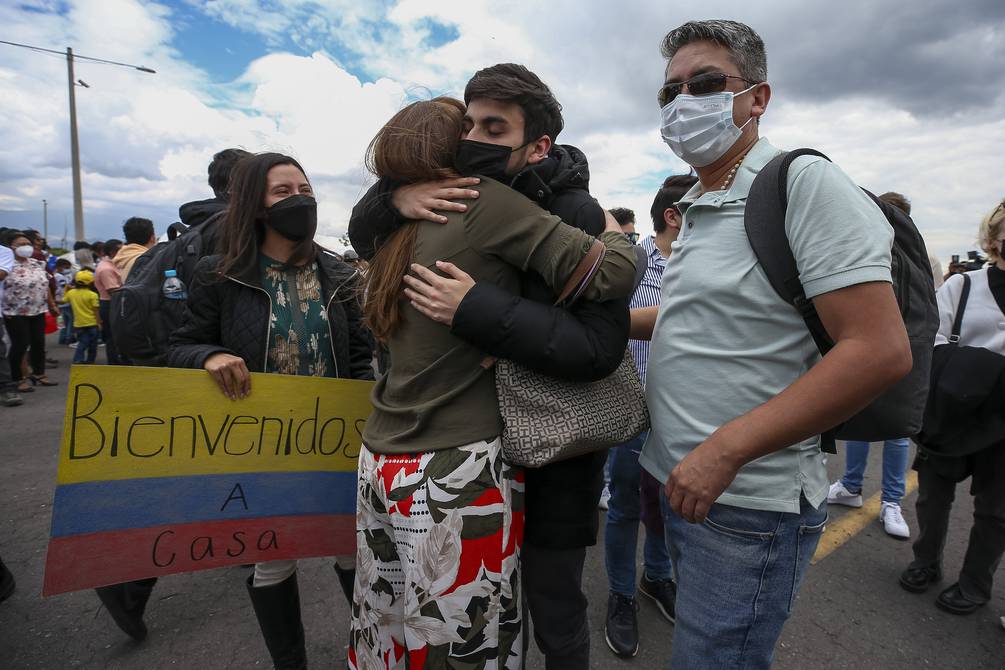 Family members meet their relatives who landed at the Mariscal Sucre international airport on the first humanitarian flight from Ukraine, this March 4, 2022, in Quito.

The Senescyt indicated that the careers most studied by these young people in the national system are those of “the areas of health and well-being and engineering, industry and construction.” The institution’s contingency plan remains open to citizens who voluntarily decide to join it.

Last month, the institution defined four options for these students. The first is aimed at those who have finished their medical degree and who must only take the professional qualification exam here and then take the year of rural medicine. Additionally, it was mentioned that they would have a scholarship to pursue a specialty.

The second alternative also focuses on medical students and those from other careers in the health area who have not finished the last year. These students will be transferred to national universities to finish their studies and then do the internship.

The third option covers students from different careers in general and who have completed at least one semester in one of the Ukrainian institutions. These young people must present documents that certify the studies they have completed and, if they do not have them, take a test to measure their knowledge.

However, in the cases of young people who were studying careers in Ukraine that do not exist in the country, Senescyt explained that ” the homologation could be carried out in related careers or programs, provided that the contents are similar and can be subject to a process of homologation of according to the established mechanisms” and that “options are still being analyzed for citizens who find themselves in this situation.”

The fourth and last option focuses on young people who did not finish any semester in Ukraine and who, if they wish to enter the national higher education system, must take the Transform test. According to the institution, several citizens have already taken this test in the call last month.

At the time, the head of the secretariat, Alejandro Ribadeneira, clarified that none of the students who were in the European country were receiving scholarships from the Ecuadorian Government, since Senescyt does not have any record of scholarships for Ukraine.

The high number of young people who were pursuing their higher education in Ukraine and who were affected by the war sparked alarm among the authorities about agencies that offered student programs that could cost an average of $2,000 per semester and once there, the reality did not was the one offered. The Executive related this exodus of students to failed higher education policies in previous governments.

On the other hand, there are cases of young people who did not take advantage of any of these options and are studying remotely at the universities of Kiev, despite the fact that this implies receiving classes at 02:00 due to the time difference. So far the Senescyt has not raised any record of this group. (I)