Once the analysis and the necessary extradition procedures were carried out, the president of the National Court of Justice (CNJ), Iván Saquicela, announced that he had signed, last Thursday, the ruling that begins the extradition process of the former president. Rafael Correa , who was sentenced to eight years in prison for the crime of aggravated passive bribery in the 2012-2016 Bribery case and who currently lives in Belgium. 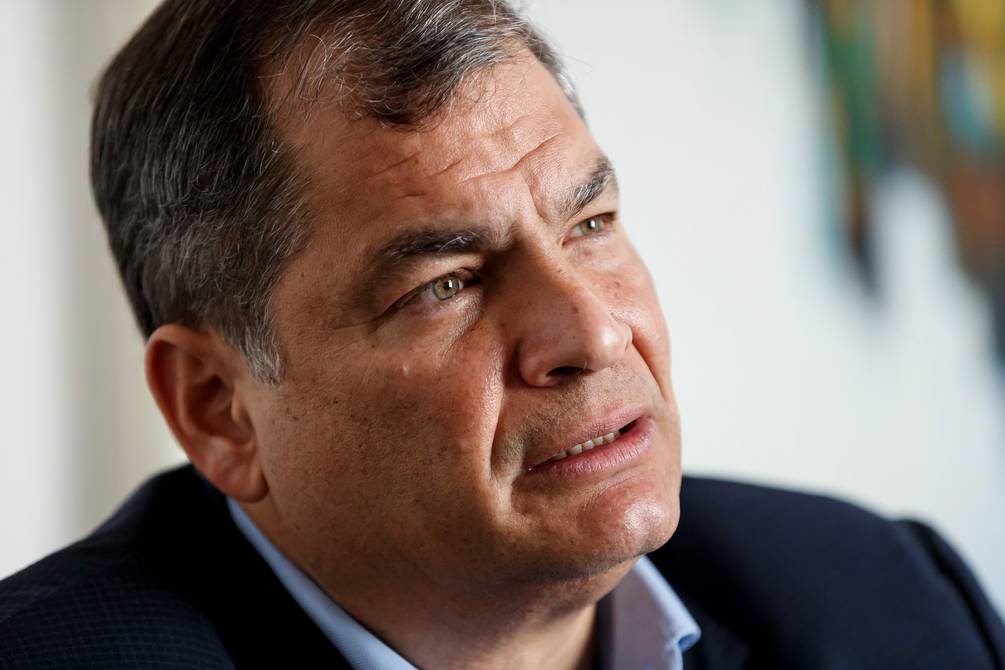 At the moment, former President Rafael Correa maintains a final sentence for the crime of bribery and has a pending trial call for the plagiarism of Fernando Balda.

Saquicela explained, this Thursday morning, that the process was continued, as it corresponds in law, once the ruling is final and after waiting for some aspects to be given, such as the execution of the different decisions that adopted by the tribunal in the Bribery case. The president disclosed the details of the decision in an interview on Teleamazonas .

According to the president of the National Court, the extradition agreement that exists between Ecuador and Belgium — dates from 1887 —, the international anti-corruption agreement of the United Nations Organization and the current extradition law, in addition to the obvious existence of a ruling firm and an order of deprivation of liberty, would be the support that allows requesting extradition.

“It is not the criteria of the person who speaks; the Criminal Chamber of the CNJ, through ten judges, ratified this conviction. There are many judges who adopted this decision, and today in law we ask for extradition. (…) There are no value judgments here, they are not opinions or political criteria; my pronouncement is in law and it is my duty , ” said Saquicela .

From the procedural point of view, the presidency of the National Court will immediately send the request to the Foreign Ministry, preparing the extensive sentence and all the supporting documents that will finally serve as support for the Belgian authorities to make the decision. But Saquicela announced that the process is complex, that they are doing their part, but it will initially depend on the Ecuadorian Foreign Ministry and its diplomatic efforts, and then everything will remain in the hands of Belgium.

“The extradition means that I, as the central authority, president of the CNJ, request that he be brought, that is, that Rafael Correa be transferred from Belgium to Ecuador to serve his sentence of deprivation of liberty,” noted the President of the National Court.

To respond to the extradition announcement, Correa used the social network Twitter in which he said, among other things, “Another piece of paper, unfortunately not only from this (clown drawing) but from the entire judicial system and the Government of which he is a puppet. Do you want to bet?”; “If they told you that it is the third or fourth time they have done it, and in all of them they have been ridiculous?”.

Since September 2020, after the appeal filed by those accused of the crime of bribery was denied in the National Court, the conviction against Rafael Correa and the remaining 19 sentenced in the Bribery case became final. In the case of the former president, the eight-year prison sentence was finalized as he was one of the two direct perpetrators by instigation, the payment of a comprehensive reparation to the State of $ 778,000 , the public apology, the placement of a plaque , the withdrawal of their political rights…

The Court of Judgment, transformed into the Court of Execution, presided over by Judge Walter Macías, maintains the execution phase of the sentence active.

Within it, he has ordered the seizure of assets in the name of the former president, his former vice president Jorge Glas, his former legal secretary Alexis Mera and other former ministers of his government accused of being part of a “network of corruption” that operated from the Presidency of the Republic in order to finance the activities of the Alianza País political movement , by charging illegal fees to contractors who in exchange were given public works by the State.

Despite the fact that a red notice order from Interpol (International Police) has been requested on several occasions for Rafael Correa, as part of the Bribery case and for the crime of plagiarism in the Balda case , on the former president of There is currently no activated broadcast ticket.

Since mid-2017, after leaving power in Ecuador, Correa settled in Belgium, the country from which his wife is from and from which his children have nationality. The former president has assured in various forums that a country like the Kingdom of Belgium will “never” allow an extradition because they know it is a political case.

Carlos Alvear, one of former President Correa’s lawyers, pointed out that he is not aware of the matter and could not comment until any legal situation is finalized and notified. (I)