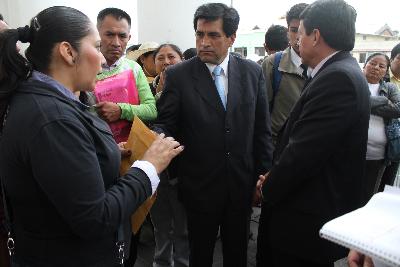 The 39 Mejía high school students, freed after the judicial processes by the manifestations of September 18, will return to their routine, they will reincorporate toclasses. “Yes, they were received back without any problem,” said Gonzalo Realpe, one of the advocates for students.

Realpe and Julio Sarango, also part of the defense, came to school with some parents and students at approximately 13:00. They expected an official statement of educational authorities, as the decision was in the hands of the school board, the parents reported.

In the end, there was good news. According to Realpe, the school has neither raised any academic sanctions against the youths.

The youths are free, but they will have to perform community service. They shall not repeat the offense for the next two years.

Mayor Nebot expects that CC “does not receive orders from second fiddles or generals.”