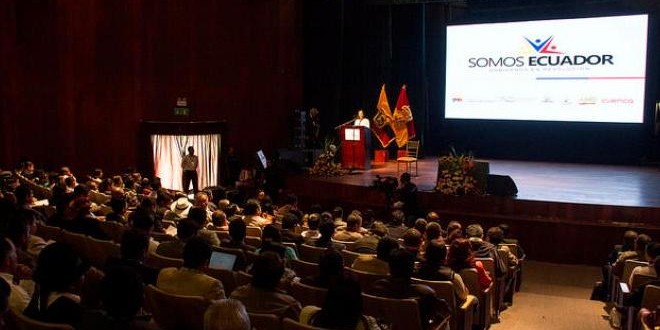 More than 600 authorities of the Autonomous Government Decentralized of Ecuador submitted their support to President Rafael Correa in the development process to the continuity of changes and advance of competences decentralization, in the context of the meeting “We are Ecuador,” which was held on October 7 in Cuenca.

The Mayor of Loja José Bolívar Castillos handed the document in which the authorities agreed to recognize that the current Government has fulfilled its constitutional duty to secure the annual allocations for Autonomous Decentralized Governments. In addition to advance and deepen in the ongoing process of decentralizing, enforcing the powers established in the Law.

The Government presents an investment of 90% in public spending