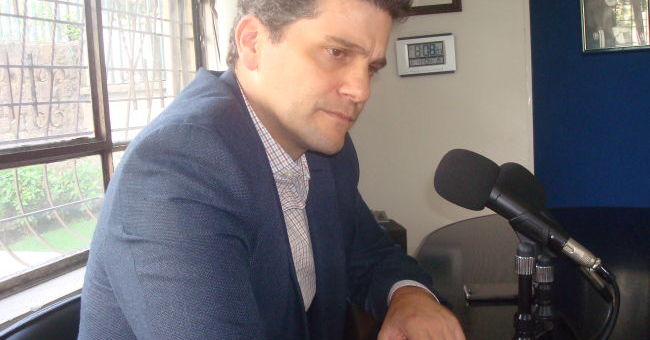 Patricio Salazar, attorney for the Amazon Defense Front, revealed that approximately 40 percent of Chevron’s partners, at last February’s meeting, asked the new manager to “call those affected to a negotiating table and seek a fair agreement with the communities “, however, the part of the previous administration,” still has this abusive behavior as a boy within a school, who wants to impose his criteria “.

For the Defense Front of the Amazon, the decision of Gibraltar against the Ecuadorian State “has no relevance”.

“A judicial matter, of which we have not been a part, we have had, rather, knowledge, through the press,” he said.

According to the lawyer, in law there is a premise that says: nobody gives what he does not have.

“Chevron’s claim to maintain that the act of settlement of obligations of the Ecuadorian State with Chevron, liberates Chevron from all responsibility towards third parties is absolutely absurd, in effect, the Ecuadorian State does not own the rights and the lives of people who are in their state, “he said.

When asked if they sold the trial to investors, lawyer Salazar clarified: “Far from being a scheme where the trial has been sold, the scheme that has been raised regarding the possibility of facing by people who do not have resources to giant companies, which have their operations around the world, is a scheme that allows for vigilance, protection and the human rights of indigenous peoples and people to prevail “.

“If you think that Chevron, in these 25 years of trials and fighting, has invested or paid USD $ 2,000 million in lawyers, it is necessary to understand that you have to have a counterpart economy to be able to face the costs, not just the trial , but of mobilizing people, collecting information, that has a cost, all the things that are done have a cost and we must be able to find ways to finance this fight that, thanks to that financing, which is not selling the trial, rather, it is to allow supporters of the cause to participate in a contingent manner regarding the success of the judicial process, allow the rights of the people to be respected and be repaired, “he added.

He also clarified that the participation in the process by investors “is a small fraction, which does not threaten the possibility of carrying out the remediation and medical treatment that so many people need.”

“Far from being a threat or a disproportion, it is, rather, a very convenient form of the impossibility of those affected to finance the case, of having the help of the people and supporters of this just cause,” he stressed.

Regarding the actions taken in Brazil and Argentina, the lawyer said that none has been dismissed because of the merits of the process.

“They have been simply political decisions, which surprisingly in Argentina, after having left the case, received substantial investment by Chevron in the Government of Cristina Fernandez, then, that is a question that clearly shows that politics and economic capacity gigantic Chevron had a major impact and decision on this matter, “he said.

Regarding Canada, Salazar believes that, despite the motivation of the resolution, the judges make clear the sympathy for the case and the frustration felt by the judges for being “trapped” in the procedure of the Canadian regulations. , “They do not want to open the door to claims that may threaten the corporate separation of companies.”

He explained that this could give an image of lack of legal security in that nation.

“However, in the very motivation of the sentence, the cases that they determine, in which the corporate veil is viable, are precisely the situations that occupy us today, that is, that there is a company that is a puppet of the other, which is the case of Chevron Corp. in the United States and Chevron Canada, all their cash flows, all their decisions are subject to the decision of Chevron Canada, after they have a real activity, that this will produce a shield corporate so they are not responsible for any consequence, a contract or any action in Canada, precisely these are the arguments, that we are optimistic of the vision that may have the Supreme Court of Canada, “he explained.

Regarding the situation in Ecuador, Salazar said he was not an expert in the matter, but mentioned that in the country there is a final judgment, issued by the National Court of Justice, which obliged the oil company to pay USD $ 9.5 billion “and that it must be respected ”

“Chevron, in abuse of legal remedies, has sought to convert the extraordinary remedy of protection into an appeal, as if it were a fourth instance, just as it did in the past at the request of cassation, before the National Court, to delay things, we hope that the Constitutional Court, in the decision that will be soon to issue, condemns Chevron for the abuse of the right and orders the payment of damages in accordance of the law, “he said.

Patricio Salazar referred to the position taken by the Chevron partners in the litigation with the Ecuadorian indigenous people.” We were there last week (at the Chevron shareholders meeting) approximately 40 percent of the shareholders have found themselves manifestly against the vision and strategy that the Chevron administration has had regarding the handling of the case, “he added.

And he said that they have urged the new administration, recently inaugurated in February, to take a new attitude. “Call the affected to a negotiating table and seek a fair agreement with the communities, so that they have a different vision, but the administration Nor, the new manager, who has been part of the previous administration, yet continues to have this behavior of abusive boy in a school that wants to impose its criteria, “reproved (I)