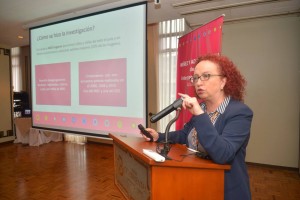 Marijuana and the so-called H drugs would be the drugs that young people easily get; the coast and the Amazon are the regions where the presence of drugs in schools are supposedly more visible; and the urban area is where teens would have mostly seen the substance abuse.

These data are in the Childhood and Adolescence report from the intergenerationality, which collects information from a survey of 4,000 households in the country in 2015, in which more than 150 indicators describing conditions on the family environment, education, protection, health, participation and happiness are detailed.

The sample, presented last week in Guayaquil, collects voices of parents, as well as children and teenagers, with parental consent. In addition, an analysis of the last 15 years on the situation of children and adolescents in Ecuador is done. Alcohol, drugs and narcotics consumption is described in Section IV on the Protection against violence and discrimination.