Ecuador´s Attorney General Galo Chiriboga, involved in the leakage of the #PanamaPapers 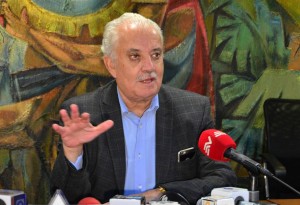 Madrigal Finance Corp., the company that owns the house where Ecuadorian Attorney General Galo Chiriboga lives is Panamanian and is included in the files of the law firm Mossack Fonseca which were revealed Sunday by the International Consortium of Investigative Journalists (ICIJ).

In 1999 Chiriboga was hired to collect a debt from a German couple that owned a house in the exclusive residential area of La Viña, in northeast Quito. In November of that year, Chiriboga registered Madrigal Finance Corp. in Panama, and in December, in order to buy the house, the company granted him a power of attorney with “full authority to set the price of the property.”

Finance Madrigal made the purchase for less than $ 2,800, the currency exchange at that time. Then, the former owners filed lawsuit against Chiriboga for fraud, since they estimated that the approximate value was one million dollars. The court ruling favored Chiriboga and found that the couple had not proven the real value of the property.

On its website, the ICIJ said that since 2005, when he was appointed Minister of Labour, so far as attorney general of Ecuador, Chiriboga has been inconsistent to clarify his links with this company in his financial statement.

The consortium said that weeks before taking office as attorney general in July 2011, his wife Maria Victoria Espinal requested Mossack Fonseca that Chiriboga and other administrators of Madrigal do not feature more as such and were replaced by others in the Panamanian law firm, although her husband remains being the sole shareholder.