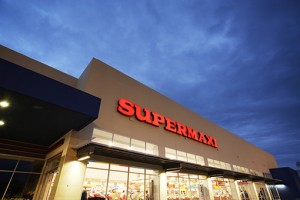 424 companies are registered in the Stock Exchange of Guayaquil, but only 48 quote shares. According to the Superintendency of Companies, Securities and Insurances (SCVS for its Spanish acronym), in January this year, stock exchanges of Guayaquil and Quito negotiated more than $ 426 million: $ 417 million in fixed income securities and $ 9 million in equity securities.

In Ecuador, the stock market continues being unexplored for those seeking a destination for their capital. Bernardita Guerra, manager of the Plus Securities stock market, said that it exists a very scarce”mass” of people with knowledge about the system to invest and this is one of the factors that slow down its development.

Guerra explains that, in the case of the latter titles, profitability comes from the performance of companies, which means you can both win, and lose. Of course, this risk makes the percentage of profitability greater.

The main public investors including the National Finance Corporation (CFN for its Spanish acronym), and BIESS stopped participating in recent months, said Josefina de Cucalón, manager of Banrio stock house. And added that their absence is felt in the market.

Another subject that would discourage the activity, according to the specialist, would be the reform of the Organic Law of the Internal Tax Regime, which stipulates the payment of income tax (IR) on earnings per share transfers.

That body refers to earnings obtained by companies or individuals, Ecuadorian and foreign, derived from the alienation (transfer) directly or indirectly of shares and other capital rights.

For now, one of the expectations of the sector is that the Regulatory Board of the Stock Exchange regulates the Organic Law for the Strengthening and Optimization

of the Corporate and Securities Market, issued early last year. These regulation will allow that small and medium enterprises, including those of popular and solidarity economy, can quote as part of the so-called Special Registry of Stock Exchange (REB).