The first complaints were filed in 2015. A year later, the Prosecutor’s Office opened investigations for alleged acts of corruption in the mega-works built in the government of former President Rafael Correa. The Esmeraldas and Pacific refineries and the Pascuales-Cuenca pipeline are the strategic projects with the largest number of ongoing legal proceedings. Between 2016 and July 2021, the Prosecutor’s Office initiated 49 criminal investigations. 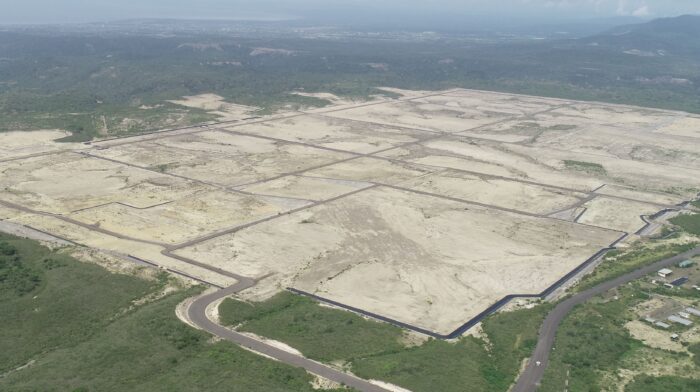 The crimes tracked are illicit enrichment, embezzlement, influence peddling, illicit use of public services, bribery and money laundering. In these cases there are 128 people investigated, but only 16 are officially charged.

These three megaworks are even mentioned in a report by the United Nations Development Program (UNDP). In that document, from 2018, it is detailed that after an evaluation of international auditors it was determined that the State paid in excess of USD 2,187 million.

That report also mentions overpricing in two other strategic projects, but these cases did not progress in the Prosecutor’s Office. The coordinator of the National Anticorruption Commission, Germán Rodas, maintains that these investigations are progressing slowly.

They have filed five complaints with the Prosecutor’s Office. All are in the first phase of investigation. One of those is for an alleged surcharge in the construction of the Pacific Refinery. Its initial cost increased from USD 1,236 million to USD 1,521 million.

According to Rodas, when the Commission’s attorneys ask the Prosecutor’s Office about the delays, the only answer they receive is that the prosecutors have a heavy workload and that they cannot supply themselves to expedite the investigations.

On June 16, he sent a letter to the attorney general, Diana Salazar, asking her to speed up these cases. So far there is no answer.

Most of these dammed judicial processes are related to illegal schemes at the Esmeraldas Refinery. There are 32 cases in two tax offices in the country. In one of those files it is detailed that the cost of the rehabilitation of this hydrocarbon project increased from USD 127 million to USD 1,712 million; that is, there was an increase of 1,348%.

Despite this investment, this refinery faces operational problems, which cause production stoppages. This causes the country to import petroleum derivatives (gasoline, diesel, liquefied petroleum gas) for domestic consumption.

Another ongoing investigation is related to a contract for the maintenance of five gas transport tanks at the Esmeraldas Refinery. According to a report from the Comptroller’s Office, personnel were hired who were not necessary for the execution of this work. This would have resulted in a loss of USD 488,807. This case began four years ago and the investigation is still reserved.

Auditors of the Comptroller’s Office have issued 33 reports with indications of criminal responsibility for contracting processes in these three megaprojects. All this information was sent to the Prosecutor’s Office.

In these documents, issued in February 2019, it is indicated that in the award of the Pacific Refinery contracts were made without having a legal or technical support. In this case there are no defendants.

For the criminal Gabriel Ponce, it is necessary for the Prosecutor’s Office to monitor these causes of corruption and request a report from the provincial offices on the progress and procedures carried out. “This entity must clarify to the country why so much delay.”

Two years ago, the then Transitory Citizen Participation Council filed a complaint for the crimes of embezzlement and influence peddling in the construction of the Pascuales-Cuenca Poliducto. According to this judicial complaint, the initial cost of the work went from USD 250 million to USD 623 million. There is no progress in this case and the work already reports construction defects.