The production of lettuce, onion, spinach, cabbage, radish, among others, is promoted in five parishes of the Carchi province, through the implementation of horticultural greenhouses. 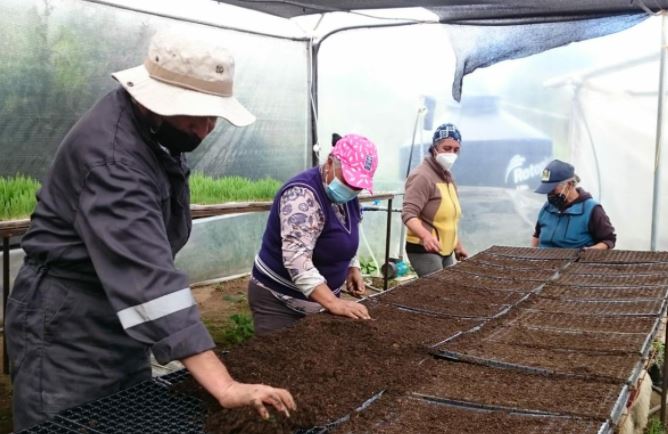 The initiative has been developed since June 2021 in five producer associations and has the impulse of the Prefecture of Carchi.

It is a proposal that emerged as a food security plan for families in the region that have been affected by the economic crisis accentuated by the covid-19 pandemic.

A similar strategy is applied in the provinces of Esmeraldas, Imbabura and Sucumbíos under the coordination of the Commonwealth of Northern Ecuador, which make up the four prefectures, and the support of the Japan International Cooperation Agency (JICA).

According to Laura Cadena, coordinator of Agricultural and Agroindustrial Development of the Prefecture of Carchi, a selection process was made of the producers and these are in the towns of El Carmelo, Tufiño, Santa Martha de Cuba, in Tulcán; Piartal, in the Montúfar canton and San Rafael, in Bolívar.

The cooperation agency contracted the installation of these enclosures and the drip irrigation system. It also provided seeds, germination trays and compost. Each infrastructure has the capacity to produce 18,000 seedlings.

The Prefecture trained producers on issues such as seed germination, good agricultural practices and the business model for the maintenance of each greenhouse.

The 11 members of the Santa Martha de Cuba Association of Women Entrepreneurs ventured into agroecological vegetable production eight years ago. Most produce in small plots for family consumption and the surplus is sold at a fair in Tulcán.

The leader, Paola Guerrero, says that before the implementation of the greenhouse they will acquire the plants in other nurseries. Now, they are excited to grow their own seedlings and hope that each partner’s income will improve.