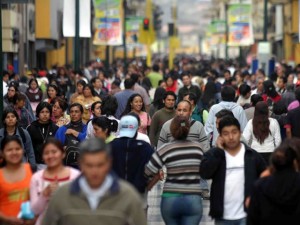 The CMS polling firm, found that 52.36% of the population believes that President Rafael Correa should call a referendum to approve or reject the indefinite presidential reelection.

Data collected by CMS also concluded that 84.87% of respondents do not know the constitutional amendments that are being debated in the National Assembly. 13.15% said they knew something about the package of amendments, while the 1.98% claimed knowing them.

The survey was conducted in 12,106 households in the provinces of Guayas, Manabi, Los Rios, El Oro, Guayas, Azuay, Tungurahua and Imbabura in 14, 15 and 16 August this year. According to the data sheet, there is a margin of error of + / – 3%.

Emergency in the cocoa sector

Oil price will reach $ 23.49, according to Petroamazonas