BREAKING NEWS
54% of the local population access mobile connectivity
Students from 100 schools on the coast start virtual classes from this May 18, 2020
Approved change in payment of life pensions would reach Rafael Correa and Jorge Glas
In Manabí, 9 detainees, including Assemblyman Daniel Mendoza’s adviser
Ecuadorians finalists in competition in Mexico for digital entrepreneurship
Narcos use four new modalities; in quarantine the Police seized 3.7 tons of drugs
In Ecuador a drop of more than 50% of new car sales is expected
State budget with reduction in the face of the pandemic
Tourism in rural areas, a state commitment
Coronavirus crisis: Car sales plummeted 80% between March and April

$ 59.7 million in Central Bank Securities are traded during the first month 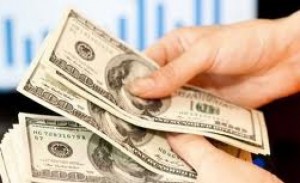 During the first month of the new payment mechanism with Central Bank securities (TBC for its Spanish acronym), which intends to offset debts with the Internal Revenue Service (IRS) and make payments to suppliers through the Stock Exchange,  $ 59.7 million have been paid, 29.8% of the total estimated by the government ($ 200 million). This, according to figures published last Saturday by the Quito Stock Exchange.

Of this amount $ 41.1 million have already arrived at the IRS, that collection agency reported, adding that during January 71 taxpayers benefited from the payment of taxes with Central Bank securities.

Some of them, including regional governments and natural and legal persons, fulfilled their tax obligations this month and other paid their outstanding debts with the IRS. Thus, tax collection between January 7 and the first days of February was $ 41’149.879 by retentions, IVA, ICE, income tax and its advance payment.

An action for damages is the legal option of retired military