68 questions for Rafael Correa on Petrochina 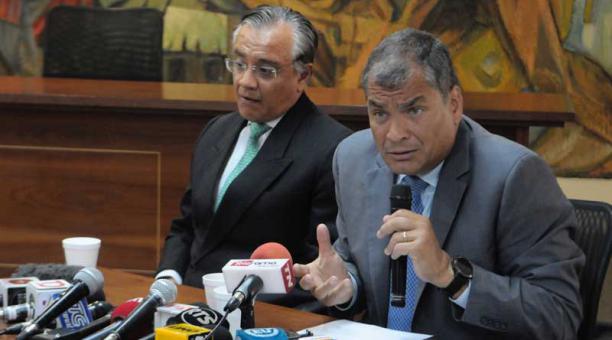 Outside the Office of the Prosecutor of Guayas there were shouts and the police reinforced security. Around 10:00 on this February 5, 2018, agents equipped with helmets, wands and protective shields escorted former President Rafael Correa, summoned to testify in the Petrochina case.

The delivery of his version lasted about three hours, between altercations provoked by those who follow him and oppose him. In the corner of the Prosecutor’s Office appeared the remains of starry eggs on the wall.

A protester arrived with a disguise simulating the appearance of a rat. The suit read messages against Correa. Another group shouted in his favor and defended him. In the afternoon, the former head of state dismissed the complaint by former oil unionist Fernando Villavicencio, who said that the anticipated sale of crude oil has caused the country a loss of 2.2 billion.

In the Office of the Prosecutor, Alexis Mera, Pierina Correa, Marcela Aguiñaga, Paola Pabón and Ricardo Patiño appeared. Only after the hearing was it known that he answered 68 questions, based on 88 pages presented by Villavicencio. Sitting in front of Mera, Correa acknowledged that in 2010 he signed one of the financing operations with payment of oil, when the Financial Administration and Control Law was still in force.

According to the former president, then that law was repealed in August, when the Public Finance Code came into force, “which no longer required the authorization of the President for this kind of operations.” “It’s a barbarity. I sign one of those operations in 2010 and they accuse me until 2016.

“This investigation was opened in 2016, when the Office of the Prosecutor was managed by Galo Chiriboga. Since January, researchers have collected the version of Villavicencio and businessman Enrique Cadena. 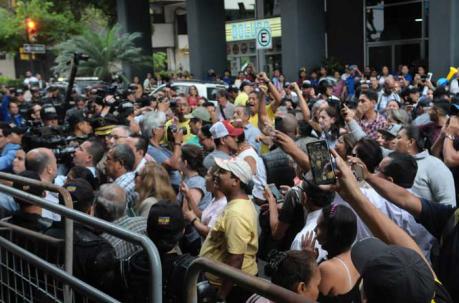 After testifying, the former president insisted that the operations were beneficial for the country, although he said he did not know in detail how much the discount was, nor the cost of freight, nor the mechanism that his technical teams applied. “I do not have to be suspicious of our teams.”

Correa recalled that, in addition to his teams, the China Development Bank, Petrochina and the international consulting firms Hogan Lovells and Arthur D. Little participated. He calculated that the operations amount to about USD 19 billion. Nilsen Arias, ex-manager of Petroecuador’s International Trade, should also appear in the file, but did not appear in the morning. He signed the most pre-sales with Petrochina (four out of seven). With them, the country undertook to sell 763.8 million barrels of crude to that company until 2024. Of those, Arias signed contracts that committed 333 million barrels of oil.

He did it directly and without competition, protected by special powers granted by the managers of that oil company, in strategic alliances and special agreements between Ecuador and China. He also signed two pre-sales with Unipec, from China, and endorsed other contracts he did not sign: one from Unipec, two from Petrotailandia and two from Petrochina. Through pre-sales, the Treasury obtained resources for its budget in exchange for Ecuador’s commitment to the future sale of its oil production with Chinese and Thai companies.

The signing of these contracts was recurrent in the previous Government, which came to sign 13 agreements. A report from the Comptroller of 2016 determined that the conditions of two contracts with Unipec and one with Petrotailandia were not based on technical reports and market studies.

According to the control entity, the International Trade Manager did not support the convenience or the benefits of the agreements. The conditions were also less favorable for the country. The special examination of the Comptroller General determined that the prize agreed by Ecuador and China in the sale of each barrel “was not set technically”. This extra value that Petrochina pays to Ecuador for each barrel was reduced over the years.

The contract with Petrochina, which Arias signed in 2010, contemplated a prize of USD 0.745 per barrel. In the contract signed with this same company, an additional value of USD 0.25 per barrel was accepted.

According to the Comptroller, the Trade Manager also did not provide information and supporting documentation regarding the analysis to determine the volumes of barrels of crude traded. In context Between 2009 and 2024, Ecuador committed to sell 763.8 million barrels of oil to China.

This volume is equivalent to the country’s production of almost four years. The subject is investigated in the State Attorney General’s Office since 2016. (I)