85% of the non-oil cargo passes by Guayaquil

73% of the total export of bananas goes through the port city, also shrimp and fish; while they entered fertilizers and coils. The Libertador Simón Bolívar seaport of Guayaquil maintains the supremacy of exports: it transports approximately 85% of Ecuador’s private cargo, equivalent to 11.4 million tons.

According to the records of the company Contecon Guayaquil S.A, between January and October of this year 752,139 TEUs (standard unit equivalent to a 20-foot container) and 418,778 boxes have been mobilized. In addition, 490 vessels arrived and the cargo volume was 825,799 tons, of which 38% corresponds to bananas. Among the main products exported, the concessionaire registers bananas, shrimp and fish, while those imported were fertilizers, rolls, coils, steel plates and paper.

Contecon, the company in charge of the operations of the container and multipurpose terminals of the seaport, signed a concession contract that is valid for 20 years and that is completed in August 2027, with the option of renewing 20 more years. José Antonio Contreras, manager of the company, indicated that they have contributed more than $ 1,000 million to the country. “We are one of the most important and most successful concessions.” At the level of operations and facilities, the port is at the forefront, he said.

For his part, Eduardo Ledesma, president of the Association of Exporters of Bananas of Ecuador (AEBE), said that in Guayaquil the sector exports through four private ports: TPG, Fertisa, Dole and Contecon, where 73% of the export comes from total of banana. This represents about 220 million boxes. As an example, he pointed out that of 300 thousand containers, 220 thousand are of banana; each container carries 1,080 boxes of fruit. Other containers leave by Bolívar port.

On the services of the ports, Ledesma believes that everything depends on the service, logistics and security that each one offers, especially in the controls of drug contamination. “When the access channel to the port of Guayaquil is dredged, I am sure that more tonnage vessels will be able to enter and that will be good because both the port and the vessel rates will be lowered.

Juan Jurado, president of the Maritime Chamber of Ecuador, said that Guayaquil is not only a port, but a series of private ports and state concessions, with a great development, however, in comparison with the ports of the region (west coast) of South America) Guayaquil is still late. “We cannot receive post-Panamax vessels at full load due to a channel depth problem. Jurado believes that the Port of Guayaquil has made the necessary investments for the current situation of cargo volume, in technological development, machinery, equipment and facilities. 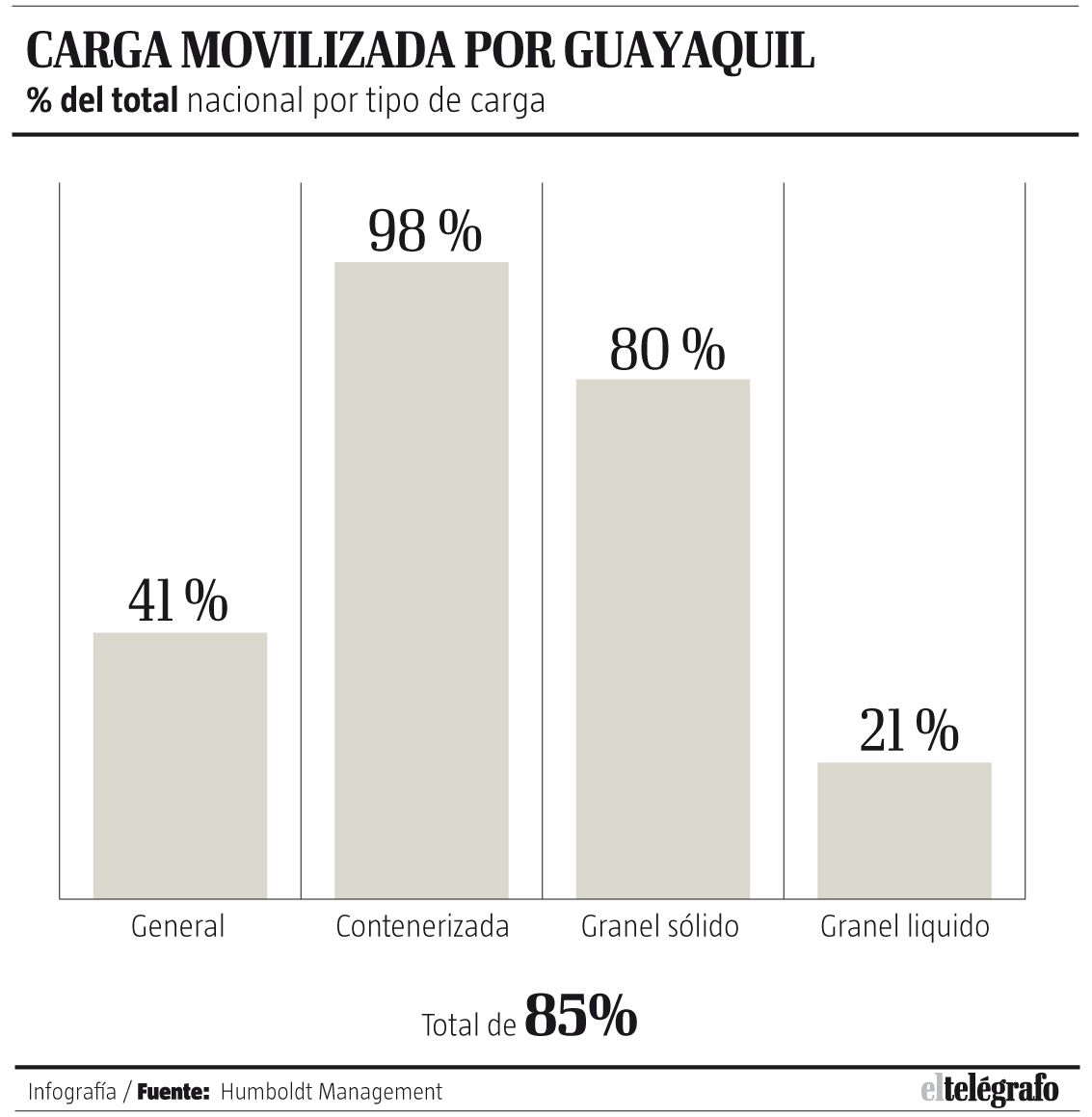 The first stone of this port was placed at the end of October. Jurado said that the effect of the port of Posorja will be in the long term, because the ports do not create development, but are a consequence of it. “They do not create cargo, they simply handle the cargo that exists, which is generated by the interland of each port, by all the set of industries, trade and production that are behind each port”.

For Jurado, Posorja would be taking advantage of Guayaquil’s interland and it will take some time until he can take a good part of the cargo moving in the main port. Ledesma recalled that to reach this port exporters will have to travel 80 kilometers, so it has to be competitive and offer a series of advantages that compensate the carrier, especially in the agility and output of goods. (I)