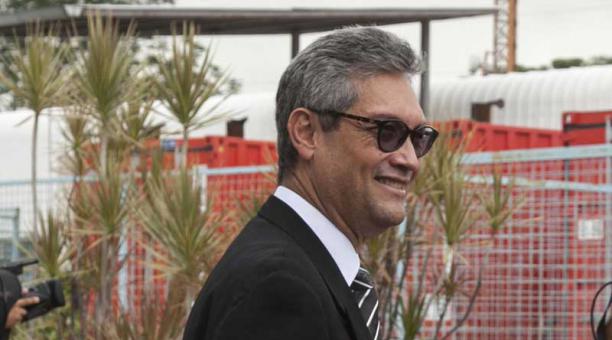 The Office of the Prosecutor prepares new accusations for the Odebrecht case. On Tuesday, December 19, 2017, he will file charges against Tomislav Topic, shareholder of Telconet; his son, Jan Topic; and Ricardo Rivera, uncle of Vice President Jorge Glas.

All three are indicated by an alleged crime of money laundering. The hearing is scheduled for 08:30, at the Albán Borja Criminal Unit, located in Guayaquil. The Prosecutor’s Office investigates whether there were illegal transactions behind the relationship between Rivera and Topic.

The suspicion is that the companies of Topic (father) were used to hide or camouflage the origin of money sent by Odebrecht and whose beneficiary was precisely the uncle of the Vice President. At the hearing on Tuesday, the Prosecutor’s Office will reveal the information gathered about the relationship between the suspects. In the illicit association trial, which ended with the conviction of Glas, emails were already known that Tomislav Topic and Rivera were exchanged between 2009 and 2016. One of the communications describes how Telconet bought high definition video equipment for TV Satelital, Rivera’s company.

The electronic devices were paid with invoices from the company and totaled USD 470,000. On May 28, 2012, Topic wrote an email to one of its employees to confirm how the purchase of the equipment requested by Luis Calle, manager of the company, should be made. Satellite TV. “Please, quote on behalf of Telconet (…), the payment will be made by transfer (…). The import will be carried out by us as Telconet, “the businessman orders.

Jorge Zavala Topics lawyer downplayed these emails and noted that these communications do not show any crime. Zavala says that tomorrow’s hearing will show that his client, rather, frustrated that the “dirty” money of Odebrecht entered the country. The lawyer stressed that, within the file for unlawful association, the defendant sent documents to the Prosecutor’s Office regarding the legality of its commercial operations. It included, for example, independent audits of Telconet, where it is certified that the company’s financial information is “reasonably” correct with its balance sheets. These actions, according to the lawyer, demonstrate collaboration with justice.

The Penal Code considers that to lend a company to disguise or conceal money of illegal origin is washed. The years of jail for this crime are set according to the amount of illegal money that the people involved handled. However, the criminal law establishes penalties ranging from seven to 10 years in prison. (I)

The suspension of water paralyzes the capital of Ecuador