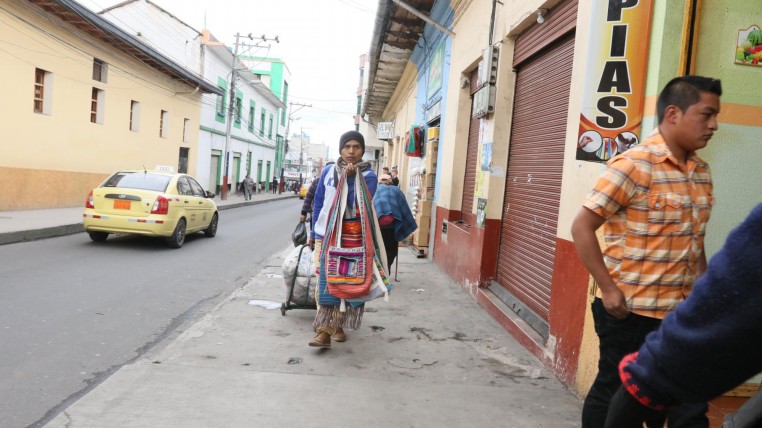 The trade scenarios in border cities generate antonyms words: boom, if you point to Peru or Colombia; or decline, if you look towards Ecuador.

Ecuadorian traders contemplate the economic momentum that occurs just across the borders. When compared with the economic reality of Ecuador the can see extremes.

There are 300 new stores in Ipiales, Colombia, and the closure of 40% of businesses in Carchi, Ecuador, according to national entrepreneurs.

Jaime Bastidas, president of the Civic Committee for the reactivation of the economy of Carchi, told to daily Expreso that the situation is so critical in the Ecuadorian province that they are planning a peaceful march.

He added that this is the third consecutive year of a decline in sales, “and it is getting more serious.” “The drop in trade is estimated at 85%.” But this is not the only problem; Authorities must lower import permits for potatoes, “if nothing is done soon the economic situation in the province will be more than serious.”

A potato sack costs seven dollars, compared to production costs of about $ 11, and this is because the market is flooded with foreign products.