A change of route that prioritizes debt and trade 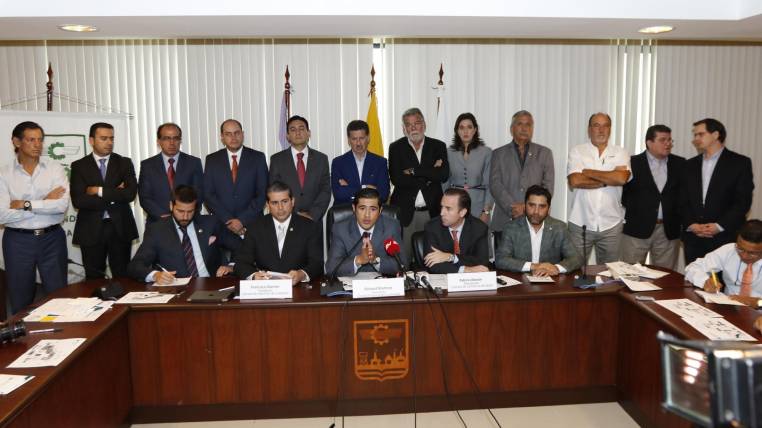 He is an economist, but his professional recognition gained notoriety with the guild leadership he exercised in the business sector. For his friends and colleagues, the economic vision and the pragmatism that characterize him will allow him to turn around the economic course that the country needs.

In the midst of this expectation, yesterday Richard Martinez assumed the position of Minister of Economy and Finance and announced the first brushstrokes that will have its management, which does not depart from the perspective of change that has the guild to which he belonged. The new official, the third of this Secretary of State since the Government of Lenin Moreno came to power on May 24, said that its main objective will be to generate employment through sustained economic growth. For this, he promised to order public finances and improve the conditions and participation of the private sector.

Its management, he said, will start by transparently and restore the order of fiscal accounts “to combat the levels of expenditure higher than the income recorded in recent years”, which, in his opinion, was what caused the country to end up at extreme levels of indebtedness. The way will be to gradually optimize the size of the State and facilitate the participation of private investments.

The new minister promised to give a technical and standardized treatment to the public debt and honor the obligations of the country in the terms and amounts established. He warned that to achieve this, it will be “inevitable” to have new financing that prevents “a serious impact on the entire economy.”

Martinez, who was president of the Ecuadorian Business Committee  and who strengthened his relationship with this government as a representative of businessmen at the dialogue table, did not exclude from his agenda his desire to return the leading role to the private sector, which today said , is the one that generates 9 out of 10 jobs. In that sense, he committed to continue improving the scenario to do business. Announced that it will work to make possible the elimination of the minimum income tax, to achieve the rationalization of the concept of limited liability company, to give an integral impulse to the stock market, in the renegotiation of the Bilateral Investment Treaties, in the firm with commercial blocks such as the Pacific Alliance and the long-awaited agreement with the US.

Martinez’s conviction to generate greater economic dynamics through the productive sector, opens a light of hope in the business sector, which expects that this Government reverses its announcement to restrict imports. “What we hope is that they stop following the bad practices of protectionism. That would be a mistake. The problem of balance payments, is solved by lowering public spending and attracting investment, “said Patricio Alarcón, president of the National Federation of Chambers of Commerce, who said he knew and worked with Martinez since 2015. The same opinion has Pablo Arosemena, representative of the Chamber of Commerce of Guayaquil, who believes that with a greater commercial opening and the signing of agreements, it is much more feasible to reactivate trade and the economy. (I)

Liniers and Alberto Montt will illustrate in Ecuador