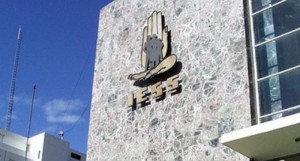 The operation of the pension insurance of the Ecuadorian Institute of Social Security (IESS) would register at least three years of deficit if the redistribution of contribution rates to the Social Security is applied, an initiative that was going to be treated last Friday at the Executive Council of the entity.

According to a presentation of the bill last May and the actuarial report of the Volrisk Soluciones Actuariales company of October, the proposal is to lower the State contribution to pensions whose operation is a surplus and grant that contribution to public health, which is in deficit. That proposal states that if applied, from 2016 to 2018, the Pension Insurance would be in deficit and would recover in 2019 and 2020. And the health insurance would not be in deficit in any of those years.

Omar Serrano, a former board member of the IESS Bank, said that changing the formula would be a second shock for retirement pensions. The first was the removal of 40% of the State’s contribution to the IESS. “Now they want more resources for the health insurance, but they will generate a deficit in pensions.”

He also comments that pension funds and the operations of healt and pensions insurances must be differentiated. The funds are savings and insurance operations are incomes from contributions and expenses for benefits. In the case of pension fund there are invested savings of $ 9,000 million through Biess credits, bonds, public works, among others.