A dozen pseudonyms in the Guacho network 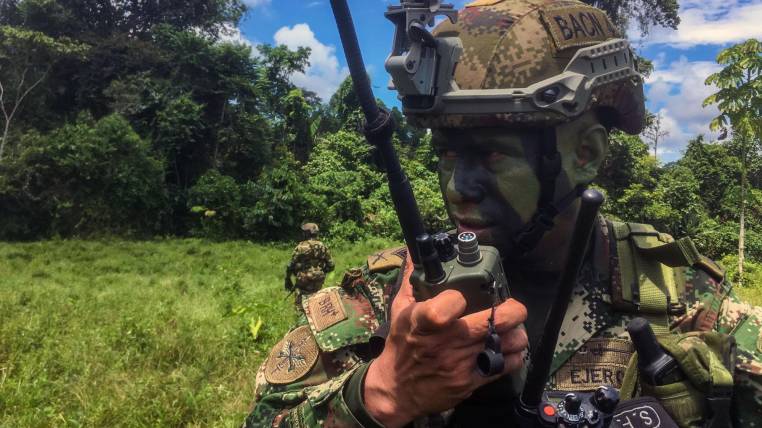 With alias Guacho and alias Cholo, they initiated investigations into what would be one of the largest criminal organizations that have operated on the northern border with Colombia.

So far there are 14 files related to the narco-terrorist group led by Guacho, which operates in San Lorenzo, Ricaurte, Mataje, Borbón, Limones, Rio Verde, Quinindé, La Cadena, El Pan, among other parishes of the Esmeraldan canton.

Initially the two aliases had no face. They were references and telephone numbers. Then Guacho was identified as Walther Arízala, born in the parish of Limones on September 10, 1992.

The wiretaps to the first three numbers of Guacho and Cholo resulted in dozens of other numbers with which they communicated.

They were, according to the investigations of the Prosecutor’s Office, collaborators of the dissident of the FARC in different places and for different activities.

Thus, some were responsible for carrying out hired killers. Others were explosive and prepared attacks such as those of the police station of San Lorenzo, in Borbón, the attack on the military patrol in Mataje that claimed the lives of four sailors and the attack on an army tanker.

Among those illicit activities, Guacho is also responsible for the shooting and grenade attacks on a GEM police patrol in the La Cadena sector. Three were appointed for that case and are called to trial.

They are prosecuted for trafficking of precursors, terrorism, organized crime and others. The name of Guacho is not unknown in Colombia. That country launched an alert in April 2017 on the regroupment of dissidents who did not accept the peace process and who seek to control illicit activities in Nariño. Guacho operates in that sector that is less than two hours from Limones and almost one from San Lorenzo, where his name does not go unnoticed either. An informant gave the first clues to the investigations of the criminal organization that has left 47 detainees so far.

Those who were identified as collaborators of alias Guacho denied knowing him. One said to be a metropolitan agent in San Lorenzo. Another identified himself as a merchant. Another welcomed the right to silence. Others were captured with precursors.

Telephone interceptions made it clear that the alleged collaborators of alias Guacho were also seeking to procure ammunition for assault rifles. That is revealed in part of the hundreds of hours of recordings that were made of their conversations and messages.

Colombia asked to be part of the IACHR investigation

After the trip to Colombia of the relatives of the Ecuadorian journalists killed by the guerrillas, it was reported that the Government has asked the Inter-American Commission on Human Rights to be part of the legal team that is investigating the case.

César Ricaurte, director of Fundamedios, informed that the IACHR will convene a working meeting for the first week of June and will take place in Washington, in parallel to the General Assembly of the Organization of American States.

In the appointment it is expected to define the deadlines, methodology and other details of the investigation. Family members of the murdered, Fundamedios, Foundation for Freedom of the Press (FLIP) and the team of experts appointed by the IACHR will attend. (I)