A fairer price for coffee

A local farmer can sell a pound of coffee for about $ 1. From that same pound, several cups of coffee can come out, which can cost up to more than $ 4 in Europe. 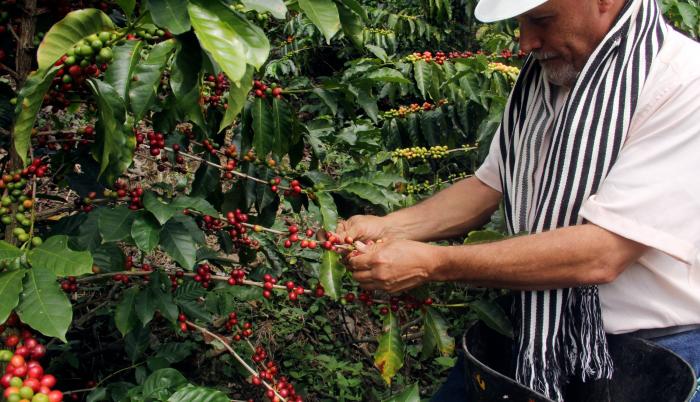 In the country there are farms where they seek to grow coffee with the highest standards and fair trade.

“If European politicians and consumers want to eradicate poverty, every time they drink a cup of coffee, they should send € 0.10 (11 cents) as compensation to people living in the coffee growing regions. It is not about help or charity, but about an act of justice”, says Fernando Morales de la Cruz, founder of Café for Change.

Café for Change is a ‘startup’ with a social mission and a global community behind it, made up of coffee lovers who do not want to remain indifferent to the persistence of poverty in coffee production.

Today, less than a penny for every cup of coffee sold in developed nations is what goes into eradicating poverty in coffee- growing communities. That is why most of them live in poverty or extreme poverty.

Café for Change wants to help eradicate poverty with the 10CentsPerCup initiative (10 cents per cup) and sells quality coffee packaged in biodegradable and compostable capsules, which are compatible with the most popular coffee machines, also, ground coffee and whole beans for homes and Offices. All these products are of high quality and include a compensation of 10 cents per cup for the coffee growing regions.

Coffee costs vary according to its quality, explains Lenin González, a producer in the province of Loja. A pound of specialty coffee can run as high as $ 3 to 5, even more.

“The producer could receive more and that is desirable to avoid more poverty and work at a loss because when we pay a product at a very low price, that money will only serve for their subsistence,” says González.

In the case of Ecuador, there is another additional problem: poor competitiveness. Currently, producing coffee in Ecuador is not very profitable due to high costs, compared to neighboring countries. “The sale price is lower than the costs of producing coffee,” says Ramiro Coronel, manager of Hacienda La Florida, in Loja.

Another initiative similar to Café for Change is EthicHub, a collaborative financing platform, native to Blockchain technology, which connects unbanked small farmers with users and buyers from all over the world.

EthicHub also provides farmers with a platform so that they can sell their produce directly, eliminating intermediaries who do not add value and receiving a fairer and market price for their crops than today.

Café for Change believes that coffee lovers can help change the world by enjoying their coffee equally, but in partnership with those who produce it. In Europe, more than 700 million cups of coffee are drunk daily, and in the United States and Canada, more than 600 million cups a day, says the founder of the organization.

But how many euro cents of each cup of coffee sold do producing countries receive as payment?, asks Morales de la Cruz. Normally it does not even reach 0.02 euros per cup, which is less than 1% of what you pay in most European cafes, restaurants and hotels. In a Starbucks cup of coffee, with extra caffeine, the payment to coffee producers is approximately 2% of the price of each cup.

This year, coffee producers have been favored by higher prices in international markets. One of the most influential factors was that due to the frosts in southern Brazil there has been a reduced supply of coffee from that country. This may cause a drop of more than 20% at the end of this year, according to specialized business media.

After spending years at nearly $ 1 a pound (453 grams), coffee futures, the price that large-volume buyers agree to pay for the bean delivered to them in the coming months, doubled at the end of July, reaching levels not seen since 2014. Although prices have declined somewhat, they remain high, at about $ 1.90 a pound.

The frost in Brazil was compounded by other inconveniences: difficulties in supply chains due to the coronavirus pandemic, a shortage of containers to send grain, lack of labor and other problems in production. If you add an increase in costs on almost everything, like energy, you have a more expensive cup for coffee lovers.

Likewise, there have been effects of climate change since last year that have caused Vietnam to lose a large part of its coffee hectares. This situation is expected to reverse in the first months of next year, so international prices may continue to alter until then.

Grace Wood, an industry analyst for market research firm IBISWorld, said that if consumers do not see an increase in coffee prices later this year, they will certainly do so in 2022 due to forecasts of an increase in demand. per capita.

“That will just contribute to higher demand, which in turn will further disrupt operations and cause greater difficulties for operators, who are already experiencing supply problems,” Wood said.

Starbucks, the world’s largest coffee retailer, hinted that it will not need to increase its prices due to the decline in production in Brazil. In a conference call with investors when arabica coffee prices hit their highest levels, Kevin Johnson, president and CEO of the Seattle-based coffee chain, said his company is in existence for 14 months, enough to cover 2021 and beyond. part of fiscal year 2022.

Even small independent roasters of bean coffee sign contracts to buy it well in advance, so that in the event of a shortage like the one in Brazil, they are not paralyzed. They are also sourced from different countries, so shortages in one region can often be covered by another.

In large coffee shops, the cost of the bean represents only about 5% of a hot cup of coffee, so those who roast the bean may not need to carry over the increases right away.