Although there was no official round of negotiations, the tables were full. Two years after the last appointment, 45 Ecuadorian fruit exporting companies personally contacted their clients in the European market again. 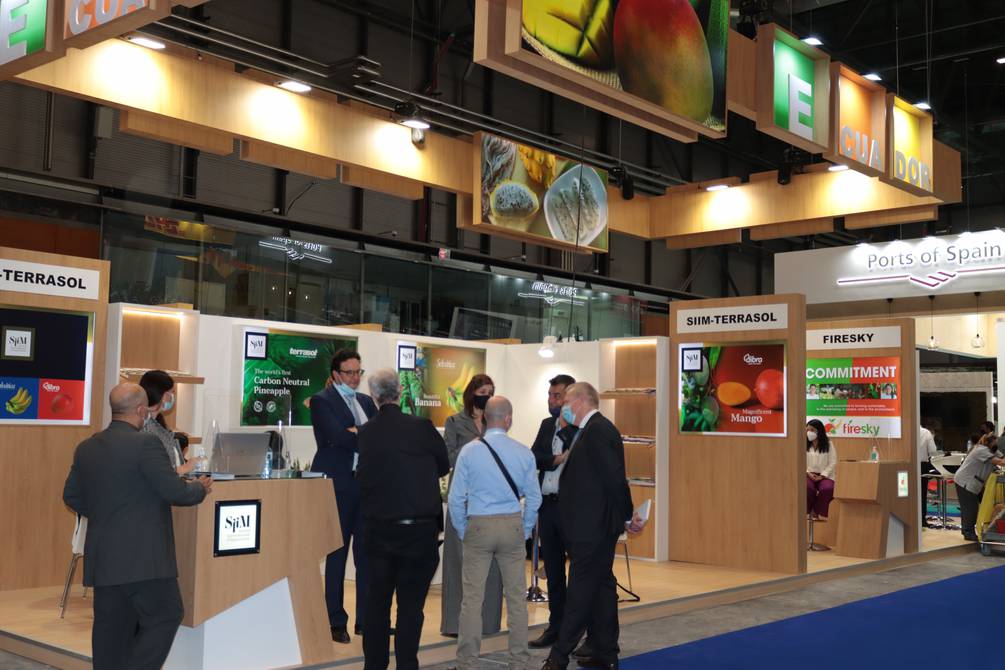 The Fruit Attraction fair began in Madrid on Tuesday, where 45 Ecuadorian companies arrived to meet up with their international clients and seek new deals.

The meeting takes place at the Fruit Attraction 2021 fair, which takes place in Madrid on October 5, 6 and 7. At the event, considered a world window for products of this type, Ecuador seeks to strengthen the image of fruits such as bananas, mangoes or pineapple as attractive Ecuadorian export options.

According to Luis Montoya, president of the Corporation for the Promotion of Exports and Investments (Corpei Capital), and who leads the delegation for his institution, the face-to-face fair enhances the trust of buyers.

“There is nothing like being able to see the fruit, taste it and sit with the customer,” he said. This, despite the fact that Corpei took care to keep commercial lines open during the pandemic through virtual conversations between the markets.

Thanks to actions like these, Ecuador remained the leading exporter despite COVID-19. Montoya reiterates that the date of this fair is strategic because in December contracts are closed with the European market, especially with bananas, “our flagship.”

According to José Antonio Hidalgo, president of the Association of Banana Exporters of Ecuador (AEBE), the importance of Ecuadorian participation lies in maintaining that commercial leadership in the EU through the trust generated by a face-to-face meeting and in the opening to new countries like Russia.

“The purpose of the banana is to meet again with their customers.” And he adds: “The best businesses are forged when you sit down to talk personally.”

For Richard Salazar, president of the Banana Marketing and Export Association (Acorbanec), the expectations of the export union are very high. Not only because of the number of first contacts that are made but because it also serves as a platform to renegotiate the prices of products such as bananas.

According to the certifications that the European market now requires, they generate significant expense, so in this approach they propose to hold unofficial conversations on adjustments to the price of the fruit.

Verónica Peña, the business manager of the Ecuadorian Embassy in Spain, highlights that the fair is also presented as a gastronomic showcase. For her, the presence of the country “opens markets, they are niches of opportunities and better position” the quality of Ecuadorian products.

The Fusarium race 4 fungus plague, which stalks bananas from neighboring countries to Ecuador, was also a topic of conversation at this fair.

Both Luis Montoya and José Antonio Hidalgo acknowledge that buyers have expressed concern about the proximity of the pest to the country. However, both consider that the containment measures that have been deployed protect the national fruit in a high percentage.

And also the issue has already been addressed with the government of Guillermo Lasso as a priority, due to the important contribution in foreign currency generated by bananas for the country.

A fairer price for coffee