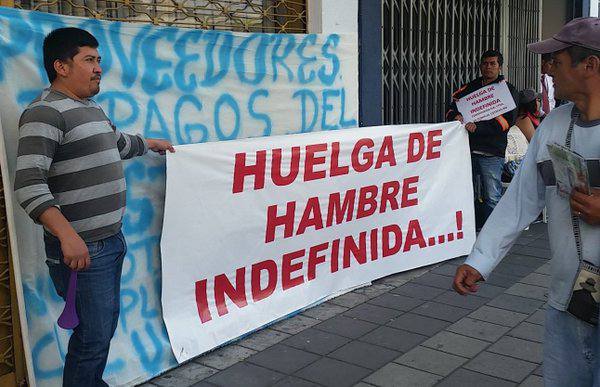 A group of suppliers of the Ecuadorean State, which are considered unpaid, declared Monday on a hunger strike.

Located outside the Ministry of Finance, in Quito, protesters claim that the government owe them five months.

In early March, Finance Minister Fausto Herrera, said that the government had paid almost “90% of debts to small suppliers” and they were paying gradually other state suppliers.

In the second week of May, a group of representatives from 20 state suppliers claimed before the Ministry of Finance the payment for their services, which they said has been pending for a year.