A half reform of the Communication Law 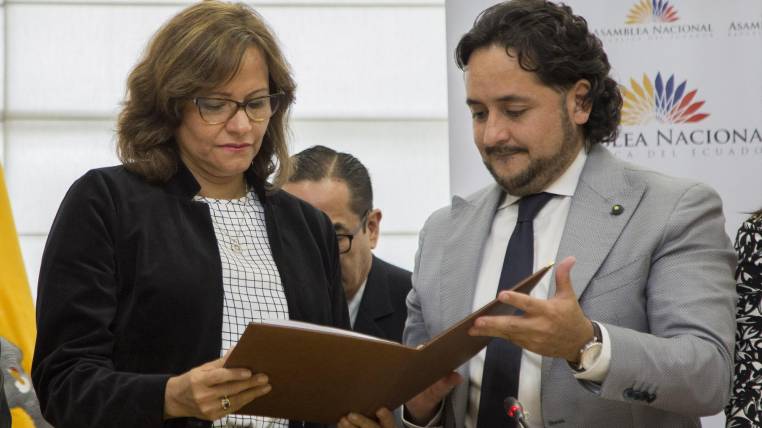 Except for the Government, nobody was completely satisfied. The bill to reform the Communication Law, sent by President Lenin Moreno to the Assembly, can still be improved. That’s what the journalistic associations and human rights experts agree on. Point aside are the correístas and their allies, who see the modifications as a setback.

The Executive proposes, as the most important points, the elimination of the Superintendence of Communication and the media lynching, the suppression of the obligation that the media had to disseminate “facts of public interest” (without there being a definition of it), as well as the defenders of hearings. That, say the consulted, is positive.

“It’s an advance,” said Francisco Rocha, director of the Association of Newspaper Publishers (Aedep), to EXPRESO. “It is a great step forward”, complemented César Ricaurte, director of the NGO Fundamedios.

They, however, also identify some gaps.  Rocha is concerned that the reform contains too broad concepts, for example, on discrimination or pornography, which could lead to subjective interpretations in the application of the rule.

With him agrees the university professor Daniela Salazar, who tried a tight analysis of the reform in their social networks. She added another reason for doubt. “I am not convinced by the broad definition of ‘social media’. Could you include, for example, blogs? “she asked.

In the same line, she mentions that the pre-information conditions were eliminated, but they were replaced by a broad one: quality information. “Vague criteria that allow rectification, when you can only rectify false or erroneous information,” she said.

Another concern for the press representative is that Moreno’s proposal maintains the concept and percentage (5%) of the contents called intercultural. Rocha believes that it is also necessary to clarify what this information includes.

And although the proposed reform eliminates the Supercom (whose resolutions and fines, as reported yesterday in this Journal, will be reviewed) the regulatory powers pass to the Ombudsman and the Council for Regulation, Development and Promotion of Information and Communication (current Cordicom).

This last body will be responsible for deciding what is or is not discriminatory in the national media. That power, says Rocha, should be specified.

The role of the Ombudsman, as the entity responsible for processing complaints against the media, also generates concern. Ricaurte, however, is optimistic. He believes that the task of this institution will be to monitor compliance with the right to freedom of expression. And “it is not the same to impose administrative sanctions that weigh rights,” he told this newspaper.

Supporters of former President Rafael Correa still defend the existence of the Supercom. Among them is, for example, Verónica Arias, a militant of ARE. She was the leader of his group, Bolívar Castillo, who in 2013 proposed the creation of that institution. (I)