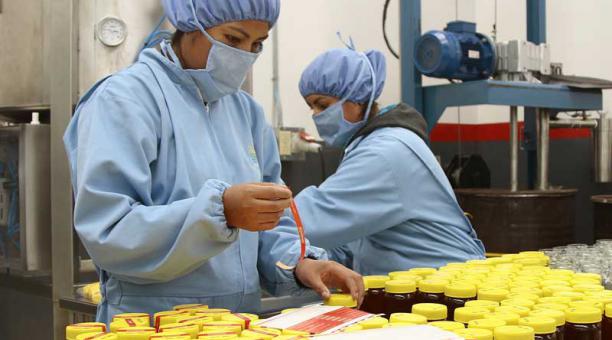 In the dump of Las Iguanas there is a cellar of hens, pigeons and bats that cost the country $ 2.6 million dollars. They know it as Ecodas T2000 and it was supposed to be one of the most innovative solutions for the treatment of infectious waste in the city, but it is inactive.

On January 16 of that year, with all the paraphernalia that public officials usually wear when inaugurating emblematic works, Carina Vance and Lorena Tapia, then ministers of Health and Environment, in that order, announced the powers of this new son that was born to fight against pollution: cut, disinfect and convert hospital waste into common waste; In addition, it will sterilize them using steam. In the end, the waste generated in the hospital will be free of bacteria and viruses.

It is assumed that its operation was tested a month before and that after an analysis of the results an efficient management was demonstrated. And, here comes the first ‘but’ of the project, although Salud maintains that it continues to be so, even after five years of inactivity, the Cabildo reprimands.

Or rather an official of the Cabildo. The director of Cantonal Cleanliness. In a document to which EXPRESO had access, Gustavo Zúñiga, last February asked the mayor, in addition to the return of the plant, the termination of an agreement signed in 2015 with that portfolio, which was intended to put the municipality as rector of the task of treating infectious garbage.

Zúñiga argues his request. Remember that for effect of that agreement the Municipality created an ordinance that included a fee to offer the differentiated service of hospital waste collection through the hiring of an operator.

However, he writes, it is not possible to implement this process, because the Ministry of the Environment grants licenses so that the waste is treated inside the health facilities, and with that “there are no guarantees of the economic sustainability of the service”.

To understand that, you have to go back a year in history. On November 20, 2014, in the official record 379, the Interministerial Agreement was published between the Ministries of Public Health and the Environment, through which the regulation for the integral management of sanitary waste was issued, which gives power to generators, to individually, perform the treatment of these in their establishments, so that, when they leave, they can be treated as common waste without the need to enter an external process.

When the establishments do not have to pay a fee, argues the director, the economic return for the service to the Municipality is not assured.

The problem appears when, despite that, there are hospitals, clinics, veterinarians and other establishments, including those of the Ministry of Health, which do not have internal treatment plants and must pay an external operator for the service.

“It is unacceptable that in spite of the enormous resources invested by the Ecuadorian State, this type of measures (an external manager) had to be adopted for the treatment of waste generated by hospital establishments, while the public investment product remains in place.”, continues the entity.

According to the Organic Code of Territorial Organization, which governs the autonomous governments, and the Interministerial Regulation for the integral management of sanitary waste, “the Municipality must be in charge of the external management of the sanitary waste (collection, transport, treatment and final disposition of the waste)”.

That legal argument is also included by the Ministry of Health in its response to this newspaper, but Zúñiga does not keep silence. “This plant is not the solution for the management of biomedical waste in the city, but only for a part of those generated by the hospitals of the Ministry of Health. To deal with all of them, five of those devices would have to be put in place.

According to its figures, Guayaquil generates between 13 and 15 tons of waste of this type every day. The plant in question has an approximate capacity of 200 to 300 kilograms of infectious sanitary waste per cycle that is to say in a lapse of 8 hours, it would be approximately roughly from 1 to 1.5 tons.

Salud explains that the machine was born, serving half. “Initially, infectious health waste from the establishments of the Ministry of Public Health would be processed and subsequently expanded gradually depending on the demand of the city, which will correspond to the Municipality of Guayaquil.”

“Under that scenario, they are saying that municipal competition is only for part of the waste of Health hospitals. And the rest of the city? We were supposed to put the rest, and that means a lot of millions of dollars, “Zúñiga refutes.

That is the beginning of a new story where, as in the time of Rafael Correa, Municipality and Government cannot agree to carry out a project for the good of the community.

The director of Cantonal Cleanup releases a possible solution: “We are willing to sign a new agreement so that they can enter with an operator hired by them that operates within the legal and technical regulations.”

“The solution must be comprehensive”

In 1996, the Municipality hired the Pan American Health Organization and the Polytechnic School of the Litoral to advise and determine the way forward in the management of biomedical waste.

There it was determined that the solution should be centralized, integral, and be in charge of the Cabildo.

The director of Aseo Cantonal believes that with the permissiveness of establishments to treat their waste, the initial project was abandoned. (I)

Lawyer of Balda: “They left so many loose ends that cannot be saved”