A month after the earthquake, survivors seek to rebuild their lives 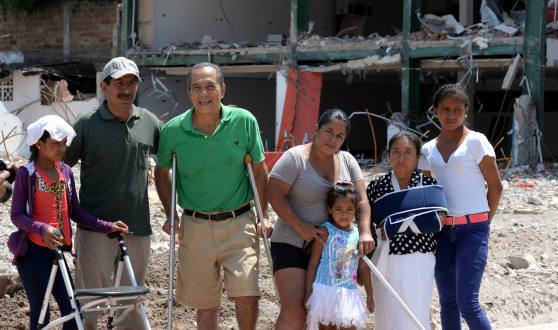 One month after the 7.8-magnitude earthquake that hit the northern coast of Ecuador, according to the testimony of a dozen of the 113 survivors of the tragedy, they were hours and even days, agonizing under tons of rubble. Some drank their own urine to hydrate, they raved and even heard the agony of others trapped.

Their relatives and neighbors consider them heroes for having defeated death. They are the motivation to stand up after the disaster that at 18:58 of Saturday 16, left 660 dead, 15 missing and around 33,000 victims, but also left 113 survivors, according to the report of the National Secretariat for Risk Management. Of the latter group, no more than twenty were trapped for hours and even days under complete collapsed buildings.