A problem is denouced in Montañita 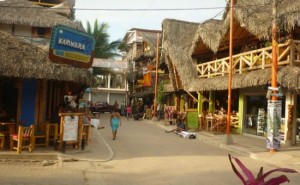 Representants of the Raquilsa company have denounced that, for over 8 years, they had experienced problems with a group of commoners from Montañita, in the Spondylus Route. The problem with the locals prevents the company of building an enclosure around their property that holds over 2.800 m² in terrain.

“They paid a milestone tax and made their petition. And we have to comply because the order was signed by the Mayor” said the Municipal officer, Ángel González. (I)

Around 360 women are fishermen in Ecuador

Ecuadorian roads are being affected by the rain