Bananas are no longer the main source of foreign exchange earnings for the country, as a non-oil export product. Internal and external conditions have forced it, in the last 4 years, to get off the podium where it has historically been to give ground to shrimp, a risk of lag, which is attributed to the lack of competitiveness, and which threatens to worsen in this new Year. 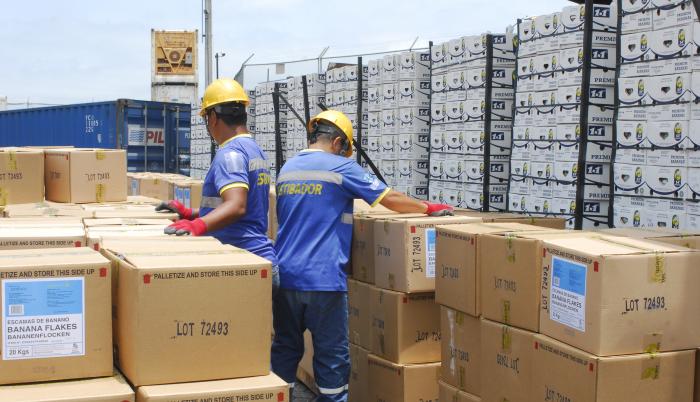 The banana sector estimates that in 2021 up to $3.35 billion in exports would have been sold.

In 2021, that gap widened, after shrimp sales reached $5,078 million, well above the $3,350 million estimated by certain sector associations; if compared to the previous year, that could mean a drop of up to 2.5%, versus the 41% rise that the crustacean had. Last year’s logistics crisis challenged exports in general (high shipping freight, higher cost of supplies), but unlike the musaceae, there was a majority that was less affected. Does that mean that the banana industry is running out of year? Both producers and exporters agree on something: it is not about inefficiencies in the sector, but about an income problem.

For Franklin Torres, president of the National Federation of Banana Producers, the lack of a fair payment has prompted a disinvestment that makes the sector produce fewer and fewer hectares/year of bananas, which, in his opinion, slows down the volumes of shipments. . “Before we produced about 2,000 boxes and today what is calculated is 1,600 and that is a response to the low income that the farmer has,” he says. For Torres, this bad pay is due to the manipulation of prices in the market, but the exporters assure that it responds to external and internal conditions that affect the sector and that have made the fruit more expensive year after year and less attractive for your purchase.

Last year the high cost of inputs influenced, but to this, they say, we must add the strong control and the high tax burden that the industry has been dragging for years, a condition that, clarifies José Antonio Hidalgo, president of the Association of Exporters of Banana of Ecuador (AEBE), do not have it other productive sectors. “We have a Banana Law that regulates prices that other sectors do not have, we have to pay monthly sales taxes (which is equivalent to having to contribute $470 million), and to this is added a strong investment in security measures. We handle 66% of container logistics, which exposes us to various factors and forces us to protect ourselves more,” he says.

All of the above, agrees Richard Salazar, president of the Banana Marketing and Export Association (Acorbanec), is what has caused the cost of a box of fruit to continue to rise: $9.5 versus $8.5 the international offer. “In our destinations there is already a price fight, imposed by the supermarkets that set the conditions of the game. Other countries have accepted lower values ​​that have also complicated us,” says Salazar, who explains that this situation has led bananas to lose space in mature markets. “Europe and the United States25 years ago they represented more than 95% of destinations, now they do not even reach 40%”. Thus, he says, the fruit has been displaced, forcing it to look for other markets such as Russia, Eastern Europe, Africa, where the competition is not yet there, but where there is less profitability.

This year, the scenario is the same. Importers and exporters are still in a price dispute (the former do not want to assume the increase in costs) that has slowed down the progress of signing contracts. It has barely managed to finish 35% when under normal conditions, says Salazar, it reaches 60%. That, he points out, does not prevent the fruit from being exported because the market is being forced to sell at spot prices, the modality with which 50% of bananas are marketed globally. “The problem is that selling at spot prices makes us fall into an irregularity, because the Banana Law forces us to sign contracts.“

Juan José Pons, who was appointed as the banana advisor to the Executive, indicates that one of his objectives for this new year is to propose the repeal or relaxation of this law created in 1996, which is highly punitive and limits the growth of the industry. . Not only does it prohibit new plantings, but it also establishes patterns in prices and box formats, payment times that make it a “way of the cross” to enter other markets. “China is barely 4%, Korea has lost it and the Japanese the same. They are enormously demanding markets with a number of requirements that by law become inapplicable”.

The repeal of the Banana Law is in sight, but it is a process that, they recognize, could take time, which is why the sector asks the Government for more urgent measures to improve its competitiveness in this new year. One of them is in the Tax Simplification Law itself. The sector has been waiting for two years for a regulation to apply the automatic tax refund.