BREAKING NEWS
‘Karanakuy’, a film about solidarity
710 Ecuadorian companies will benefit from a trade agreement with Chile
Ecuador and China sign protocol to facilitate shrimp export
Second Seguros Sucre official mentioned in the case of bribery in the United States.
Álvaro Noboa was proclaimed presidential candidate of the AEA; CNE sent overseer to convention
Bucaram’s nexus with Israeli citizens has been traced since May 2020
National Electoral Council endorses Álvaro Noboa as candidate, despite litigation by his political party
Galapagos, the desecration of the marine sanctuary
Adelante Ecuatoriano Adelante Convention chooses Álvaro Noboa as its presidential candidate
Former President Abdalá Bucaram Ortiz, arrested in a strong police operation in Guayaquil

A statement from 15 countries aims to protect marine areas 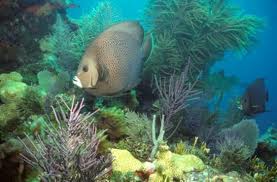 Fifteen countries reaffirmed yesterday in Ajaccio, France, the need to transform in 2020, the 10% of the oceans on the protected marine areas, compared to less than the current 3% ,and further negotiations during 2014 on the status of the high seas.

The agreement was adopted at the third World Congress of Marine Protected Areas (AMP), which began on October 21 and ends today.

Among the signatory Ministers are Nicaragua, India, Italy, Cyprus, Senegal, among others, while they were not present countries such as United States, Canada, Russia, Iceland, Norway or Japan, which have resistance to these actions by fishing interests.

It was also agreed the strong commitment to achieve the goal set in Nagoya (Japan) in 2010 to establish by 2020 a complete and coherent network of marine protected areas managed effectively and covering 10% of the oceans and asked the international community to open negotiations by the end of 2014 on the creation of an international legal instrument for the protection of biodiversity on the high seas.

United States reports abouth the documents that Snowden have

'Karanakuy', a film about solidarity

710 Ecuadorian companies will benefit from a trade agreement with Chile