Britain calls “unacceptable” the amount demanded by the European Union 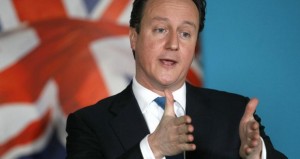 Great Britain was forced to pay extra 1,700 million pounds ($ 2,740 million) to Brussels after a review of national contributions to the EU block budget. Because of this, petitions for a separation of the block are revived.

Prime Minister David Cameron said: “It is unacceptable. I am not going to pay that bill on December 1,” he said in reference to the payment deadline set by Brussels.

Cameron explained that the payment will cost each family at least 65 British pounds ($ 105).

The Prime Minister admitted that this is a “new insult” and hinted that the country could leave the EU.

Nigel Farage, leader of the eurosceptic Independence UK Party (UKIP) said: “Of course it’s terrible how European authorities have behaved, but that is how the EU works.”

“Cameron is in a very weak position and can not do anything about it. He was pushed in a position where, unless he has an earlier date for the referendum, it will be more complicated,” he added.

Rousseff announced immediate measures to revive the economy of Brazil