With an economy tied to tourist activity, Galapagos began to visualize symptoms of a recovery at this start of the second semester, although there is still a long way to go to reach the 2019 indicators. 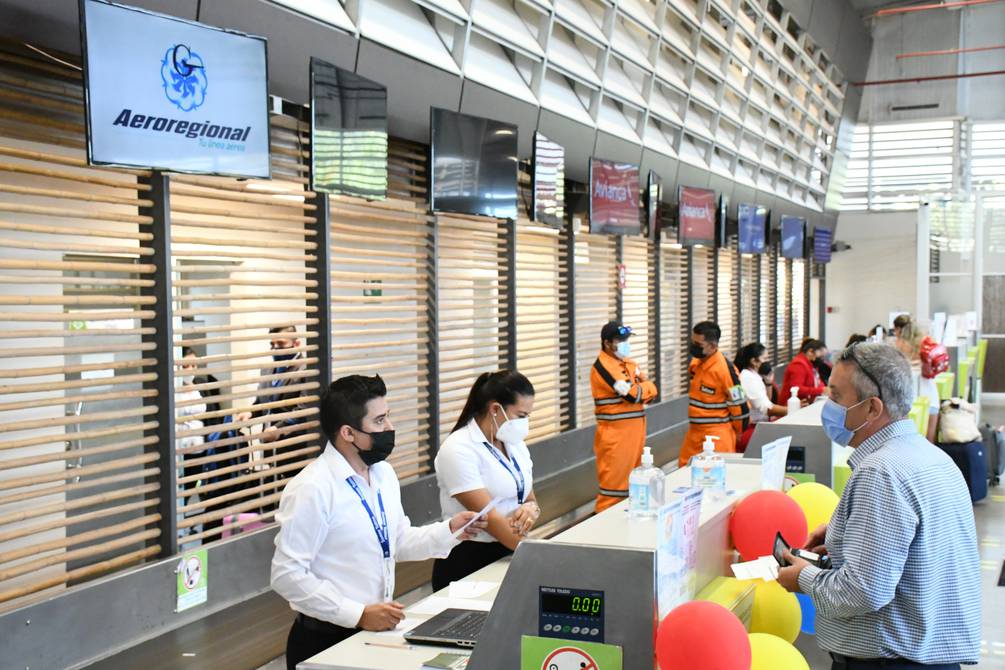 The tangible sign of this improvement is seen in the numbers of visitors who arrived on the islands in July: 13,240, the highest number in the last 16 months, where the 10,000 barrier was not passed, according to data from the Chamber of Tourism. of Galapagos.

Although national tourists still represent the majority of this movement, last month the entry of foreigners grew and already represented 48% of visitors.

Andrés Ordóñez, executive director of the Galapagos Chamber of Tourism, believes that the gradual rebound that is reflected in July is linked to the fact that the United States lowered the risk alert for Ecuador and that allowed visitors to arrive taking advantage of the summer.

The union spokesperson considers that the vaccination plan against COVID-19 that was deployed in the archipelago to make it a safe destination has been key to pushing the reactivation.

The symptoms of recovery generate some economic respite and create hope, but there is still work to be done, since the number of visitors that was reached in July only represents 59% of the 22,603 ​​monthly visitors that the archipelago moved in 2019.

Ordóñez maintains that it is important that steps be taken to lower the security alerts that several European countries have, such as the United Kingdom and Germany, to travel to Ecuador. From these countries comes a part of the tourists who come to Galapagos.

The British Government, for example, still has Ecuador on the red list of countries with high risk of COVID-19. And it maintains demanding restrictions for those who come from Ecuador.

For the Galapagos navigable tourism industry, it is important that these restrictions are cleared, since 28% of visitors who enter the archipelago buy packages to visit the islands on cruise ships. That’s a market that targets customers with higher purchasing power.

Enrique Wittmer, Galapagos tour operator, maintains that so far most of the visitors who have come to the islands go for land tourism, that is, they stay in hotels and do not purchase cruise packages.

The spokesperson estimates that 50% of the vessels have resumed their operations and occupations on cruise ships range between 30% and 40%.

Of the foreigners taking the cruises, the majority are Americans, few from Europe.

Wittmer expects that by the end of this year there will be a better rebound for this sector and in 2022 it will return to the levels of 2019 for this industry.

A study by the Economic Research Center of the Litoral Polytechnic School, sponsored by the Chamber of Industries and Production, reveals that the cruise industry generates 75% of the islands’ total tourism sales.

Cruise sales in Galapagos generate income for a total of approximately $ 399 million, which represents 17% of the total foreign exchange for domestic inbound tourism, according to the document.

Wittmer maintains that despite the complexities posed by the pandemic, the jobs generated by cruise ships have been maintained. The sector employs 1,407 permanent residents and 779 temporary residents.

Within the airport sector, there are expectations that things will continue to improve for the rest of this year, although September and October have generally been months in which the flow of tourists has decreased.

Jorge Rosillo, manager of the Galapagos Ecological Airport, says that if June and July are compared there is a significant upswing and expectations were even exceeded for that period. “We estimate that this rise will remain, for this month we have more frequencies,” he says.

Avianca, Latam and recently Aeroregional arrive on the island of Baltra, which enters to replace the space left by Tame, in liquidation. Avianca increased frequencies, with two daily flights and an additional couple on weekends; Latam has two newspapers, and Aeroregional is flying two of the five accepted frequencies.

Baltra airport, where the largest number of visitors arrive, currently has 31 weekly frequencies compared to 44 in August 2019, when Tame was still operating in that market.

Rosillo estimates that aircraft occupancy is currently around 70%, that is, slightly below the 90% registered in August 2019. (I)