The change in consumption habits has led companies in the food sector to develop healthy products. 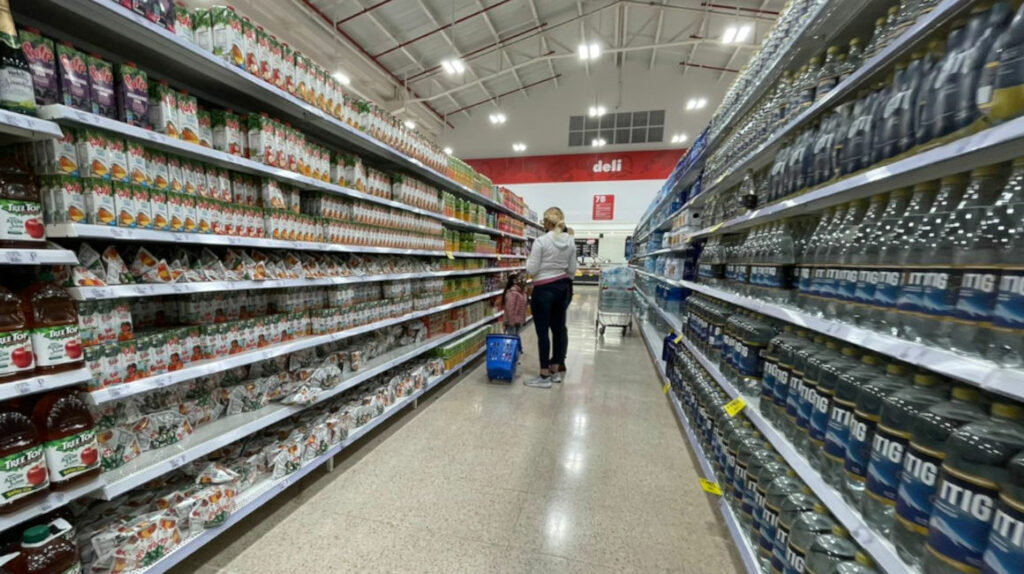 People in a supermarket in the north of Quito, in September 2022.

One of the factors that influences the consumption of Ecuadorians and the rest of the citizens of Latin America is the renewed concern for health, according to a report by Ernst & Young (EY).

The consumer consultant Kantar agrees with that, saying that 42% of households in Ecuador are worrying more about their health.

During the first half of 2022, the purchase of healthy products in the retail or mass consumption segment increased in Ecuador.

Sales of light cereals and granola, healthy cookies and sweeteners are on the rise. As well as those of integral bread and vegetable drinks.

Another healthy trend that is marking the industry is the replacement of animal protein with plant-based protein, explains Christian Wahli, president of the National Association of Food and Beverage Manufacturers (Anfab).

He’s referring to Pronaca, which has brands like Mr. Pollo, Fritz, and Indaves.

In August 2022, the company decided to innovate and launched its Veggie Deli business line, which groups five products made from plant-based protein, including meat substitutes and coconut oil mayonnaise.

In 2021, Pronaca’s sales amounted to USD 966 million, according to the Superintendence of Companies.

Another company that is developing plant-based protein products, such as yogurt, cheese and butter , is Ecopacific with its Eco Love line.

The healthy trend is also being felt by pharmacy chains, with increased demand for vitamin supplements and skin care products, according to Kantar.

Ecuadorians are looking for products that improve their health because “the country was one of the hardest hit by the pandemic,” explains Miguel De La Torre, director of Kantar in Ecuador.

At the beginning of the health emergency, the country registered the highest rates of infections and deaths from Covid-19 in the world, according to the World Bank.

This reality was evident, above all, in Guayaquil, where the health and funeral systems collapsed. The images of bodies in the streets shocked Ecuador and the world.

After that shock, a good part of the population decided to be “more aware of what they consume”, so the trend towards healthy products will continue over time, says De La Torre.

Health care is a concern of the entire population, but households in the high and middle socioeconomic strata are the ones that most demand products that meet this need, according to EY.