Agreement for the supply of gas between Russia, Ukraine and the EU 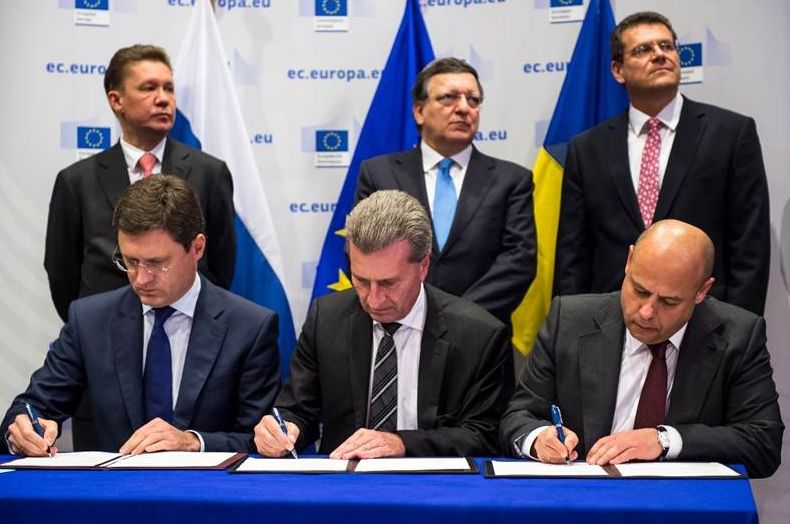 Ministers of Ukrainian and Russian Energy and the heads of the European Union (EU) reached last night in Brussels an agreement for the supply of gas to Ukraine until March with a guaranteed price and the payment of its debt to Gazprom.

The agreement, for a total of 4,600 million, involves the payment until the end of the year by Kiev, of one bill owed ​​to Gazprom for gas supply between September 2013 and June 2014, for an amount of 3,100 million dollars.

“The political responsibility prevailed, the logic of cooperation and the simple economic sense,” said Commission President Jose Manuel Barroso at a press conference after signing the agreed protocol.

It also stipulates that Russia will supply the fluid to its neighbor at a price below $ 385 thousand per m3, price that will govern between November and March, “which includes a reduction of $ 100,” Novak said.

Ukraine, that needs for the coming months about four billion m3, obtained the guarantee that the price will not change throughout the contract period, by which it will pay in advance for the following month.