Agricultural sectors of Ecuador are concerned about water charges for crops 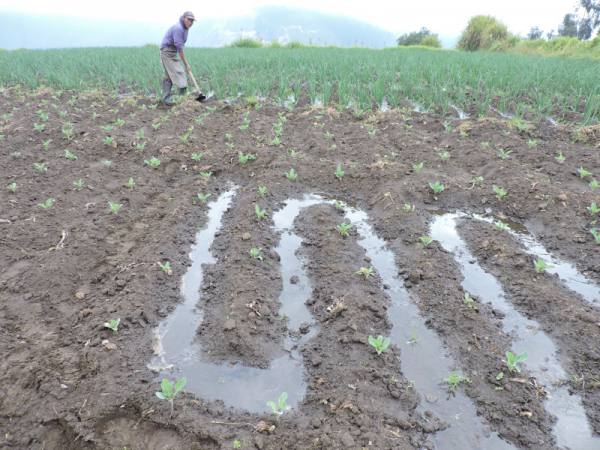 The National Water Secretariat (Senagua) plans to raise $ 28 million a year for the collection of raw water used, for example, to irrigate the crops, according to the head of the entity, Humberto Cholango.

Only those who produce to guarantee food sovereignty and consume less than 5 liters per second are exempt from this payment, according to the Organic Law of Water Resources in force since 2014.onsumption rates consider the volumes used and the type of use. The values for irrigation are from $ 0.00004 per cubic meter for those who irrigate crops considered in the food sovereignty category and consume more than 5 l / s up to $ 0.00011 per cubic meter for the productive irrigation that consumes more than 50 l / s.

Kléber Sigüenza, president of the Chamber of Agriculture of Zone II, says that the parameter l / s is a complex technical formula applied to each case yields a different value, but on average it determines that one l / s represents more or less 3,000 m³ per year.

“The parameter that is used to calculate the payment is the water consumption that depends on the crop and the area in agriculture.

There are 2.5 million hectares (ha) in production and three million more in the country. If everyone has paid $ 5, it would reach $ 25 million a year, “he says. The leader rejects the sanctions that have been issued by the Water Regulation and Control Agency of up to $ 50,000 to a farmer for not legalizing the use and exploitation.

Cholango affirms that the banana workers have until next May to carry out the process of legalization for the use and exploitation of the water, which should also be done by the shrimpers, according to the official.

The president of the Chamber of Aquaculture, José Camposano, says that according to the law the sector should not pay for water, but legalize the use. He explains that the water that regulates the Senagua are the raw bodies that have not been treated for human consumption and that are used in productive activities. “They are those that do not have salt content. You cannot use the water of the

Jubones River or an estuary in agriculture in the vast majority of cases because they are brackish waters, “says Camposano.

The representative of the shrimp sector ensures that for the collection of raw water, the level of consumption must be established. “The sector does not use the water that regulates the Senagua and does not consume it either because the water enters the shrimp farms and is returned to the same flow, that is called non-consumptive use which means it is used, but it is not consumed,” he says. (I)

New modality of banana contract will be issued today