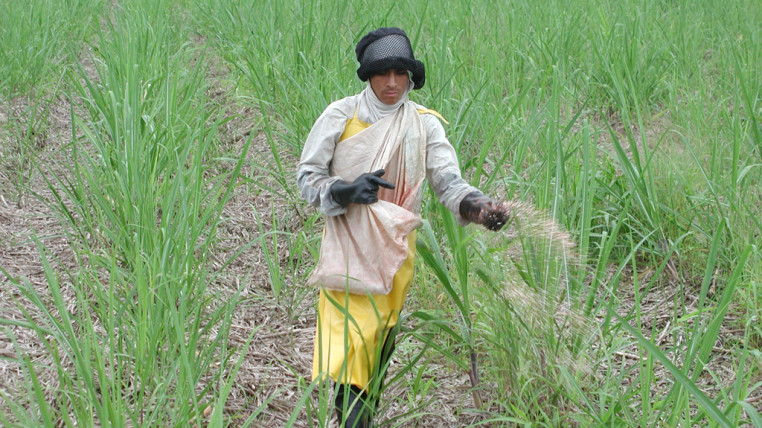 It is not just the price that rice producers claim. In the last decade problems have been added (first were the plagues) in the rural sector of the capital of Los Ríos: deteriorated roads or infrastructure works poorly made; increase in crime; lack of credit Although Ramón Flores, leader of the Seguro Campesino, believes that only his involvement in politics will make them part of the decision-making process, time runs without a light at the end of the tunnel.

That is exactly what Washington Nunez thinks, who along with another thousand farmers traveled to Quito a few days ago in search of an audience with President Lenin Moreno, “his last exit”, without any result. “Until last year many medium and large farmers worked with their own capital, now we have been obliged to the bank, because the mattress has been deflated little by little”.

Rice crisis is an issue that affects everyone in the province. Of the 385,000 hectares that are grown in the country each year, 114,201 are in Los Ríos. The remaining 535,000 hectares are mainly for banana, corn and oil palm, also hit by the low prices of the ton of fruit.

Last week the price of rice sauces reached a maximum of 28 dollars. But it does not take it out of 200 pounds in shell, but the one demanded by the batteries, 220, 230 and even 250 pounds. People do not see a shortage of rice in cities because there are thousands of grains coming from Peru, which can be imported from the United States and Asia. “In the long run, Ecuador is encouraging the development of other countries by smuggling, while the countryside of Ecuador becomes impoverished,” Ángel Calero told Diario EXPRESO.

It seems that the history is the same every year, low prices, complaints from the farmers and promise from the authorities. Not this time. Children do not study anymore. Small farmers do not have money to buy a TV or a kitchen. The peasants go to the cities to foment illegal acts because they have no options in the countryside. This is what Rafael Cruz tells us, who has witnessed how during the previous government money was spent on alleged works of poorly made infrastructures, without justifications, without reports.

“The Comptroller must supervise the Prefecture,” insists Ocampo, because now you see how the people in charge of the works became millionaire, while the farmer can no longer travel on roads in poor condition that cost everything and damage vehicles. In the voice of Ramón Flores, the problem is political, because politics has influenced the deterioration of the peasant economy.
As much as corruption, says Núñez, “because a few have taken the money on account of rural poverty.” Gabriel Cedeño puts his eye on the border. If smuggled rice is entering Peru, “the government must  send the military, the FAE people, the Navy to order. Now they do not have an office, because we are not at war.”

For Primitivo López, the controls that authorities sometimes make are just pantomime or do not work. “The prices go down because the harvest comes out and the industrialists of the province agree to harm us.” And Washington Nunez is also clear when he blames UNA (National Storage Unit): they have so much saved rice that they must evacuate it in order to buy the harvest. Bad roads and increased theft The road to La Clementina has deteriorated and three of its bridges can collapse due to lack of maintenance. It is not the only problem in this area rich in crops. Account Héctor Ocampo that the rogues steal not only the cocoa: “They even take whole, in vans, the ears of corn”. (I)