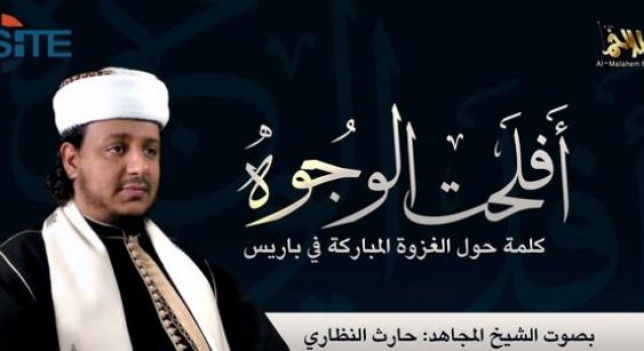 A religious authority of Al Qaeda in the Arabian Peninsula (AQAP), to which the Kouachi brothers belonged, perpetrators of the attacks against the French weekly newspaper Charlie Hebdo, threatened France with new attacks in a video released on Friday, January 9, revealed the US Intelligence Group (SITE).

“They will no be safe as long as they fight Allah, His messenger and His believers,” said Narit al Nadari, AQAP authority on sharia, Islamic law, to the French people during the message.

Furthermore, he did not vindicate that the attacks of Paris had been made on behalf of the organization. “Soldiers who adore Allah and his messengers are among us. Do not fear death, search the martyr for the name of Allah,” said the leader, in an implicit reference to the perpetrators of the attack on Charlie Hebdo, Cherif and Said Kouachi which left 12 dead and several wounded.

Colombia warns about the wait the El Niño phenomenon