Aland Molestina: “I think that not a single official will vote for this government” 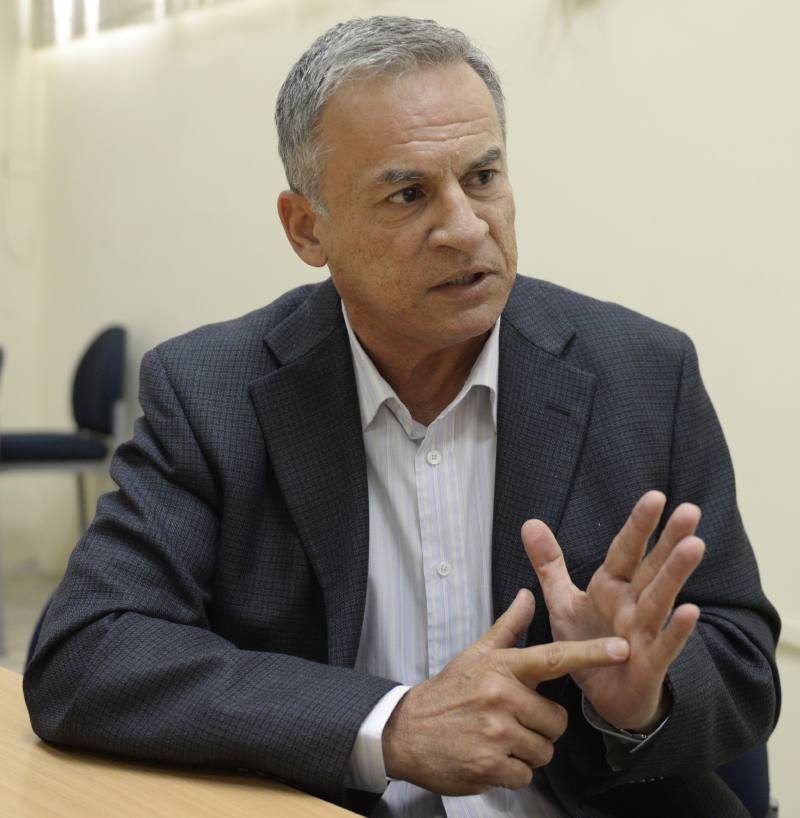 The former commander of the Navy, retired Admiral Aland Molestina questions the decision of Judge Vanessa Wolf, and warns that any disciplinary board that is installed to judge the captain Edwin Ortega, accused of offending the President Rafael Correa, will act alike; that means it will absolve him.

Do you not consider the President as part of the military hierarchy even though, under the Constitution and laws, he is the highest authority of the Armed Forces? What is the difference between hierarchy and authority?

Is not the same. The president is not part of Armed Forces. We, the ones who have a position in the hierarchical ladder, are part of the Armed Forces. The president has the authority under the Constitution, the leadership of political and strategic Defense. The political level will always be the one to decide the actions of the Armed Forces I give the example of the war that had a the strategic objective to maintain the heights of Cenepa, so when General (Paco) Moncayo wanted to move to the offensive beyond that point, he had to ask permission from the political level, that was denied, because his decision was that the conflict had to stay focused on that sector. It seems that this part was not well understood by Correa and his advisers … They have taken it to the administrative and hierarchical field.

What about the decision of Judge Wolf?

I consider it unconstitutional; first, because the members of the Disciplinary Board were defenseless. They did not attend the hearing because the Ministry did not assign them a lawyer, they could not go by themselves, they are members of a council formed by an institution. Second, the judge´s decision has the real intention that the President gets recognized as the highest authority of Armed Forces, they must seek how to give a degree through the ranks, so he and can punish directly. I think this has to be reversed. Is the Constitutional Court which must say until where the president´s authority reaches. Any other Council will decide the same because we naval officers are formed on the same principles or values. And we are not frighten by neither the president nor other official.