Alianza País defends the amendments to the Constitution 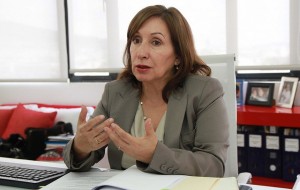 The Alianza País Political Movement (AP) published yesterday in the media a communiqué of its General Secretary, Doris Soliz, in which she defends the initiative for the amendments to the Constitution and the decision of the Constitutional Court (CC).

The AP release, entitled ‘On the proposal for a query of Guillermo Lasso,’ states: “Mr. Guillermo Lasso lies when arguing that the Constitutional Court strikes democracy (…) it also denigrates the work of the Assembly.”

As proposed by Soliz, the consultation initiative would be a fraudulent attempt as she states: “Their question is a propose of constitutional amendment that can not be done via consultation, but through a referendum, as established by the Constitution.”