“All you need is Ecuador” will focus on international tourism 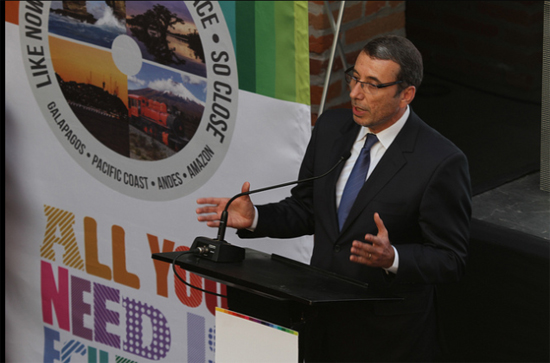 All you need is Ecuador was presented as a communication and specialization campaign focused on international tourism business. The event was performed today by the Ministry of Tourism at the Metropolitan Cultural Center in Quito.

Authorities of the Ministry of Tourism and representatives of guilds dedicated to this activity were present.

According to figures presented by the Secretariat, this sector is the fourth largest source of non-oil revenues, with revenues of $ 1,500 million during the last year. In the first quarter of this year the growth was 18% more than the same period of 2013.

The contents of the seminars will be in English, Spanish, Portuguese, French and German. In April of thisyear, began the promotion of the tourism potential of the country which is sustained on 4 pillars: strong marketing work, merchandising, promotion and advertising.

Protests continued in Brazil despite the inauguration of the World Cup