A decrease in income during the months of confinement is one of the effects of the COVID-19 pandemic in rural areas of the country, according to a survey by the United Nations Fund for Food and Agriculture (FAO) and the ministry of the branch. 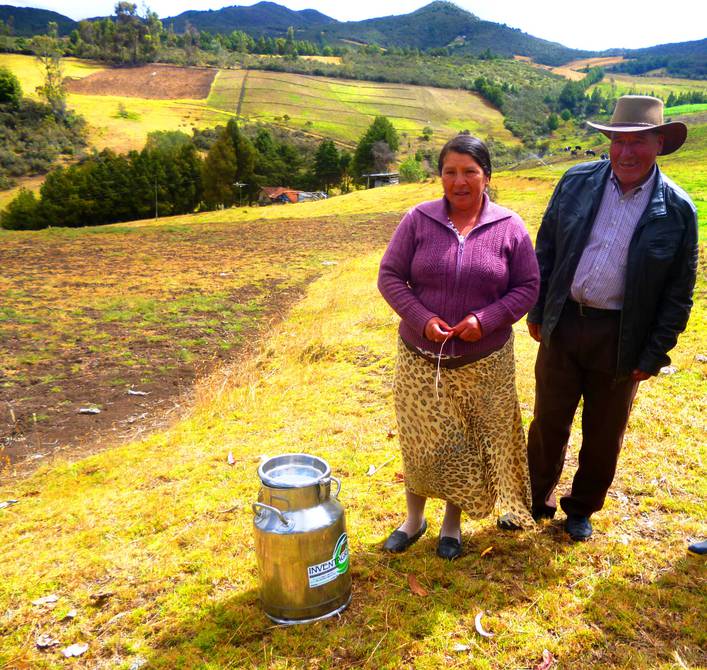 The 79% of households in the lowest income perceived field during the pandemic , which would affect that fewer crops. The 29% of households surveyed expect a reduction in the area planted this year due to the lack of money to finance the crops and harvest.

Added to this is the lack of access to technology, says Eiter Lozano, a 51-year-old rice farmer from the Santa Lucía canton, in Guayas. “As the mobilization was affected, then the use of a tool such as the internet was essential, but most do not have access.”

Since before the pandemic there was an impact with the increase in production costs . One factor was the government disposition that led to the gradual rise in diesel after the protests in October 2019. “It increased by almost 25%, which makes work more expensive. A 55 gallon diesel tank was worth $ 60, now it costs $ 81. In irrigation pumps, tractors and truck transport that are diesel, $ 300 is spent per hectare. With the subsidized fuel, up to $ 220 was spent ”.

The mobility restrictions from 2:00 p.m. affected the productive cycle, because the harvesters entered the rice fields from 6:00 p.m. , after the wet grain dried during the day. “The machines lost their work and part of the production was lost,” he says.

37% of the surveyed households mention that the price of their products was lower than normal last year compared to the same period in 2019.

The rice growers sold at an average of $ 30 per quintal between April and October 2020, but the price dropped and fluctuated from November to January 2021 from $ 22 to $ 25. “We have to sell above $ 25 to pay the debts. and win, that is why there is a support price that the State set at $ 31.5, which already generates profitability, but it is not respected ”, assures Lozano.

The intermediation affects the consumer, since the drop in prices is not evident in the cities , where a pound of rice is sold between $ 0.35 and $ 0.45, that is, at $ 35 or $ 45 per quintal. “The intermediation claims that freight rates go up.”

The closure of the public silos to store the grains forces the peasants to sell their production to the private pile drivers at the price that is available at that time, which generates economic lags for rural families.

The fall in income also affected livestock production, limiting access to animal feed, veterinary services and the purchase of inputs that had higher prices.

The problem is that the peasants take on debt with fixed interest rates and terms without knowing what they will finally get for their products. They can’t even plan to pay off a debt. It is a cycle that leads them to lend to chulqueros, when they are in default and are no longer subject to credit in financial institutions, or to migrate to the cities.

The 20% of the population aged 16 to 29 living in rural areas. Of these young people, only 4% have higher education , indicates Ángel Catucuamba, coordinator of the Milk Producers Front and livestock leader.

He himself is the exception, since he decided to return to the field after beginning his higher education studies. “I only reached the sixth level in Business Administration, resources were limited,” says this 36-year-old farmer from the Cayambe canton (Pichincha).

In the case of the commercialization of milk, low prices had already been maintained since before the pandemic. “There is an official price established by decree at $ 0.42 per liter plus quality benefits, but nobody abides by it. There are companies that pay us between $ 0.30 and $ 0.35. At the borders they pay between $ 0.22 and $ 0.25 ”, says Ángel.

In Ecuador there are 250,000 livestock families that produce 6.5 million liters of milk per day , but only 4.5 million manage to be commercialized.

25% of that amount has an average production cost of $ 0.25 per liter. “Most do not produce efficiently due to lack of knowledge or technical assistance with costs that even exceed $ 0.35.”

One factor is the cost of inputs, which are almost always on the rise. A 45-pound bag of nitrogen sells for $ 28, previously $ 22 .

There is an impact on food security

The study by FAO and the Ministry of Agriculture and Livestock recommends, among other aspects, a digital agricultural innovation so that farmers can access “ information on prices and markets in real time , automatic detection of pests and diseases in agriculture and special lines of financing for the maintenance of the productive capacity ”.

With this they will be able to improve and have more reliability of the income that rural families would obtain.

Agustín Zimmermann, FAO representative in Ecuador, affirms that the pandemic has erupted in a scenario that was already complex in the entire Latin American and Caribbean region since before COVID-19. “With seven years of low growth in economies and increasing poverty. All the progress in reducing malnutrition rates had already been reversed some years ago. What the pandemic does is to deepen these structural inequalities, further driving the levels of informality, social vulnerability and low productivity ”.

In the agricultural sector, Zimmermann adds, there is an impact on the food security of rural families who reported a decrease in income during the months of confinement by COVID-19.

A family of five members, indicates the specialist, needs at least an income of $ 8.5 per day to access a healthy nutrient diet in Ecuador , without taking into account other household expenses. “Considering that the total per capita income of a poor person is less than $ 84 per month and of an extreme poor, less than $ 47, there is an important gap”, he indicates.

From the FAO, a recovery agenda with transformation is being proposed. The proposal includes strengthening school feeding programs , supporting food assistance initiatives with civil society organizations, and facilitating access to inputs for farmers and artisanal fishermen, among other actions.

Zimmermann states that FAO supported the Ministry of Agriculture and Livestock in the construction of the National Agricultural Plan (2020-2030), which addresses these issues and their fundamental solutions. “With these measures we understand that in the long term the rural sector can be moved forward, turning it into an engine of growth and economic recovery with transformation.”

One of the actions is to reduce the levels of intermediation in the commercialization circuits , to strengthen the associativity policy and the innovation and connectivity agenda.

“All of this reflects the findings of the survey we did,” says Zimmermann.

Daniel Noboa Azín: “I am made of rice, casserole and ceviche”