“Ecuadorians, citizens of the world. I comply with announcing my candidacy for the Presidency of the Republic of Ecuador. I will be your President from February 7, 2021 ”, in this way the businessman Álvaro Noboa announced on his social networks that he will be a candidate, although he did not specify with which political organization. 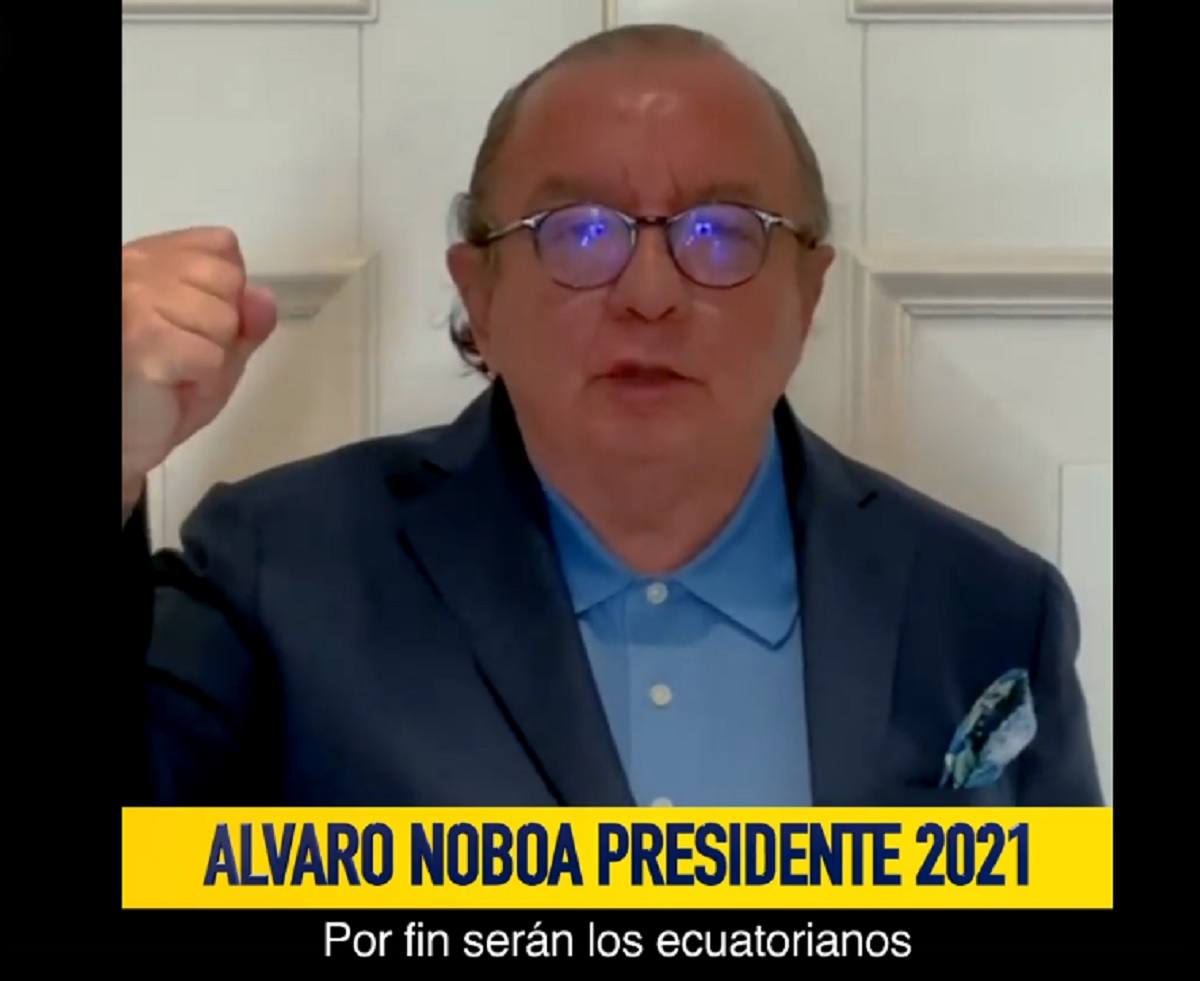 But, the director of the defunct political organization founded by Noboa, Adelante Ecuatoriano Adelante, Wilson Sánchez, indicated that he will run for the Social Justice movement, list 11 , “the only one available.”

He even sent a screenshot in which he showed the alleged registration of the businessman in the National Electoral Council (CNE) system.

Noboa’s binomial is Gino Cornejo, who was a candidate for Mayor of Guayaquil in the 2019 elections.

Jimmy Salazar, one of the directors of the political organization, initially ruled it out, but later pointed out that there were conversations with Noboa, but nothing was defined until November 7 when the businessman announced his presidential candidacy.

The Social Justice movement, before this announcement, had Carlos Cassanello and Mirien Segura as a binomial.

It was them who were originally registered as candidates for the closing of that phase of the electoral calendar, although they did not complete the process on time.

Social Justice recovered his legal status by decision of the Contentious Electoral Tribunal (TCE), which revoked the CNE resolutions that disqualified him.

Meanwhile, it is the second time that Noboa announces a candidacy through social networks. The first time it was carried out last July by the Adelante Ecuatoriano Adelante Party (AEA), which was recently eliminated.

Then, on August 15, he mentioned that he would be willing to sacrifice his candidacy and asked to set up a political force against Correísmo. And on August 22, he declined his candidacy.

But, on November 7, he announced his new candidacy and it was through a video, published on his Facebook account and with a duration of a little more than a minute.

Noboa points out that he will put an end to corruption and poverty: “At last it will be the Ecuadorians who govern and look after their interests, at last we will attack poverty head on and with pride, at last we will end all kinds of corruption, at last we will start my great march for the new Ecuador and for a new world ”. (I)