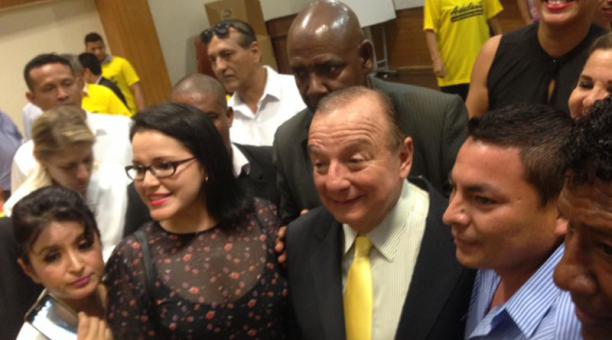 According to Noboa, they will hold talks with some political groups to discuss possible alliances for unity. He did not confirm whether he will converse with precandidate Guillermo Lasso or Mayor Jaime Nebot, who integrates the Unity. He said the approval of his party shows that there is transparency in the CNE and that this is a democratic country. Noboa was accompanied by his wife and former Assemblywoman Anabella Azin, his nephew and former manager of Barcelona, Luis Noboa, among other peers.

Upset and surprise in Alianza PAIS for two proposals