The businessman Álvaro Noboa could not go for his sixth presidential race in Ecuador. 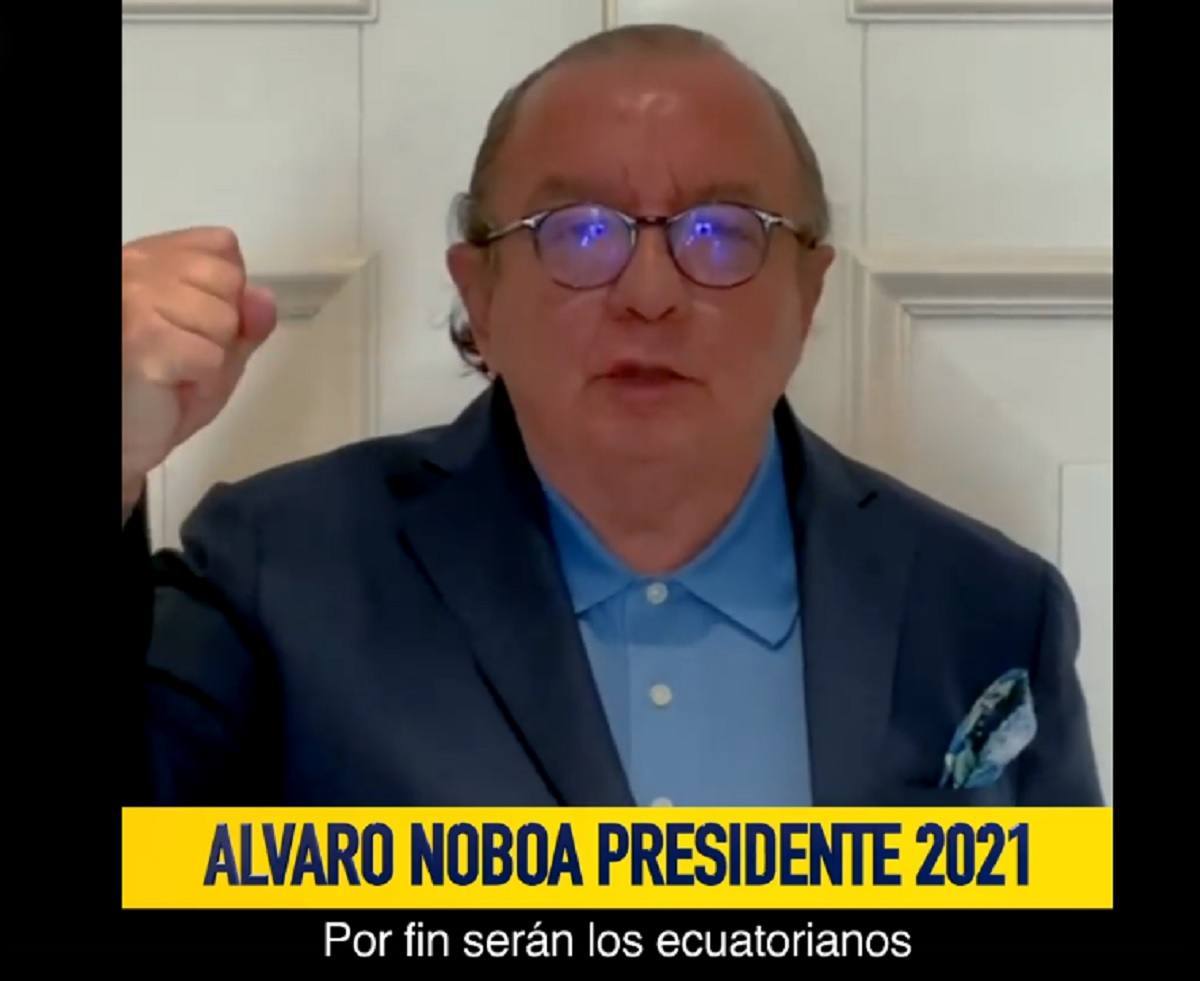 In the session of the National Electoral Council (CNE) where a previous resolution was annulled, the electoral councilor Luis Verdesoto cited a report from the National Directorate of Political Organizations, which established that Social Justice carried out its internal electoral processes for president and vice president of the Republic, Andean Parliamentarians and National Assembly members, in addition to internal democracy processes in 15 provinces at the national level, but not in 9 provinces and in the three foreign constituencies.

The presidential binomial of Álvaro Noboa and Gino Cornejo, according to the website of the electoral body, is unqualified.

Verdesoto added that Social Justice did choose a presidential binomial and it was presented to the CNE for qualification.

He added that there is no possibility of changes regarding the candidacies presented because the electoral processes of internal democracy have already concluded.

Diana Atamaint, president of the CNE, said that the candidacy of Álvaro Noboa, according to the review and technical reports, tried to register on the last day when the deadline for registration of candidacies expired prior to having fulfilled the requirements of primaries and in replacement by the resignation of the first candidate, but did not comply with the procedure within the deadlines established in the electoral calendar.

“Not at this time, because regarding the registration of the binomial candidacy, they did not upload the application for the registration of the candidacy within the established deadlines, in the times provided within the approved electoral calendar (…) the participation rights of the Social Justice binomial ”, Atamaint replied, in a television interview on whether the businessman can continue with the hope of registering his application.

According to the official, the electoral body is in no way hindering the registration of any candidate that could have replaced the resignation of Fabricio Correa, since Social Justice never had the impediment or the blockade of the CNE to continue with all the processes in equality conditions with the other political organizations.

Noboa had announced in a video that he will intervene in the February 2021 elections. For that organization, Fabricio Correa and later Carlos Cassanello had been announced as candidates.

Sylka Sánchez, spokesperson for Álvaro Noboa, rejected this Thursday morning that the National Electoral Council had not accepted the businessman’s registration to compete in the 2021 elections.

For her, it gave way to a challenge from the PSC and CREO, which intended to annul the resolution of November 5, which complied with a resolution of the Contentious Electoral Tribunal (TCE).

He said that the CNE did not respect the order of the Electoral Contentious Tribunal, which grants a reparatory measure for list 11 related to the beginning of its primaries.

According to her, the CNE does not have the power to resolve appeals, but to abide by the resolutions of the TCE.

“The resolution that was made early today violates the express sentence, granted by the TCE, which is the highest judge in electoral material, the legal aspect has made it political,” said Sánchez.

Noboa’s spokeswoman considered that there is a blockage on the businessman’s candidacy given that he leads the polls. (I)

CREO and PSC contested the candidacy of Álvaro Noboa