Álvaro Noboa Pontón, a businessman who has served in some presidential elections but has not had the great luck of serving the poor, assured that his non-participation this time responds to negative criteria of the electoral body that did not want to give way to a resolution of the Court Contentious Electoral there is enough material that you can easily review in the media, in courts and in international instances. 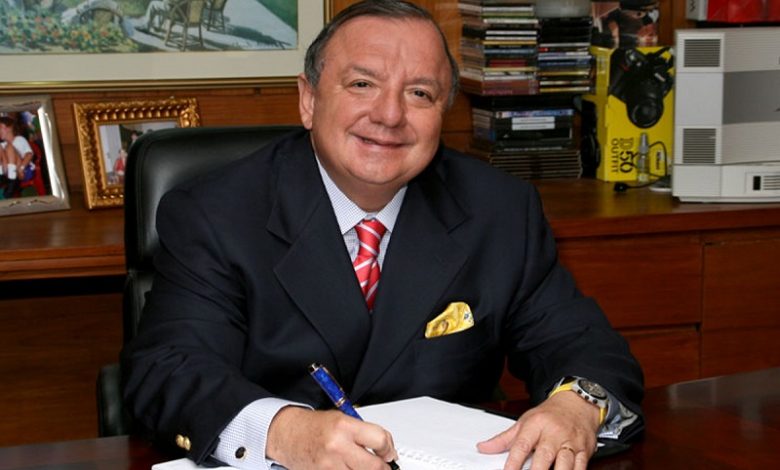 Noboa considers that de facto and not legal measures have been filed that would be appropriate, nobody lifts a finger at the CNE, it was requested that the CNE advisers be separated, neither did that happen.

He said he has no resentment with Guillermo Lasso or Jaime Nebot, the problems of his non-participation are due to the authorities in charge of the elections that put obstacles.

Alvaro Noboa pointed out that he is a lifelong businessman and has no resentment with anyone and also assured that his profession is not to be a politician.

On February 7, he will not exercise his right to vote, he will remain in Guayaquil, he will review the development of the process and commented that the elections are illegal in Ecuador, even more so that we are experiencing difficult times due to the presence of the pandemic, which will only bring more deaths, I have not reviewed the government plans of the other candidates, only the one I had for Ecuadorians that were directed to health, education, work, food and that was the resurgence of the new Ecuador.

Noboa asked the Ecuadorians not to vote on Sunday, February 7, said that it is better to stay at home, said that he has exhausted the instances in the country and even abroad letters to the United Nations, to President Moreno himself and not nothing has happened, he had requested a reasonable time to be able to register his candidacy and that of his assembly members but nothing was ever done.

Not allowing their participation is already a dictatorship, their plans were to serve God and the poor and all that is within a plan that everyone has known for several years, the only fear is that I will not win the elections, there are corrupt people who They say quite the opposite, there are immoral people, I have always supported my interventions with the spiritual support of God and the issues have always been now with the issue of health, he has together with his wife who is the director of the Foundation and that only in His job has always been to serve the poor, due to lack of employment, for 42 years we have served the poor with medical care and medicines.

The State should not intervene in the companies that are the ones that generate production and employment, there should be stimuli so that foreign investment reaches the country in a liberal concept, he said.

We must lower the tax burden and there we will see people in the world betting on Ecuador so that it becomes rich, that there is job creation, lower interest rates, at the moment there is an imbalance between what goes out and what comes in, that we have investors of Asia, Europe, Australia, Africa, the Middle East, the United States, Brazil, all come, Noboa sentenced.

Álvaro Noboa, thanks to his father, was able to educate himself in the best educational centers in the world together with the children of kings, presidents, movie and television stars, scientists, and from that time I set a goal for the new Ecuador, towards a new horizon .

I am saddened by the way we are led by immoral authorities, I think of Ecuadorians, many protest, others do not do it, in short, everyone knows what to do.

He continues to insist that the elections from February 7 be extended until April 7 so that everyone has their participation, in this way I can organize my documents and register democratically.

Noboa respects and forgives his competitors, I do not hold a grudge with anyone, we can all turn Ecuador into a country of dreams, Álvaro Noboa pointed out that as president the areas of health and education would be directed by true professionals, we must adapt to the new times With the use of the tools that technology provides us, use social networks and find better teachers to educate our children through the networks.

We have scared off international businessmen; we have examples from Norway, Russia, Saudi Arabia, Brazil, Argentina itself that give space to investors, but this does not happen in our country due to the lack of legal security.

In the judicial field, judges are panas and cronies of politicians, that is why we have these problems, to also have a good National Assembly is by choosing well, highlighted the work that his son Daniel Noboa has been doing, who is a candidate for Assemblyman for the Province of Santa Elena, because his address is in Olón, is a young man who has studies at the best universities such as Harvard, baccalaureate and master’s degrees, in order to compete.