Whether or not in the country and now with a party or without a political party, the businessman Álvaro Noboa is active on social networks, his videos become viral, his photo is replicated in countless memes … Although he no longer wants to be president, he continues talking about politics and now he has the idea of ​​founding a country. 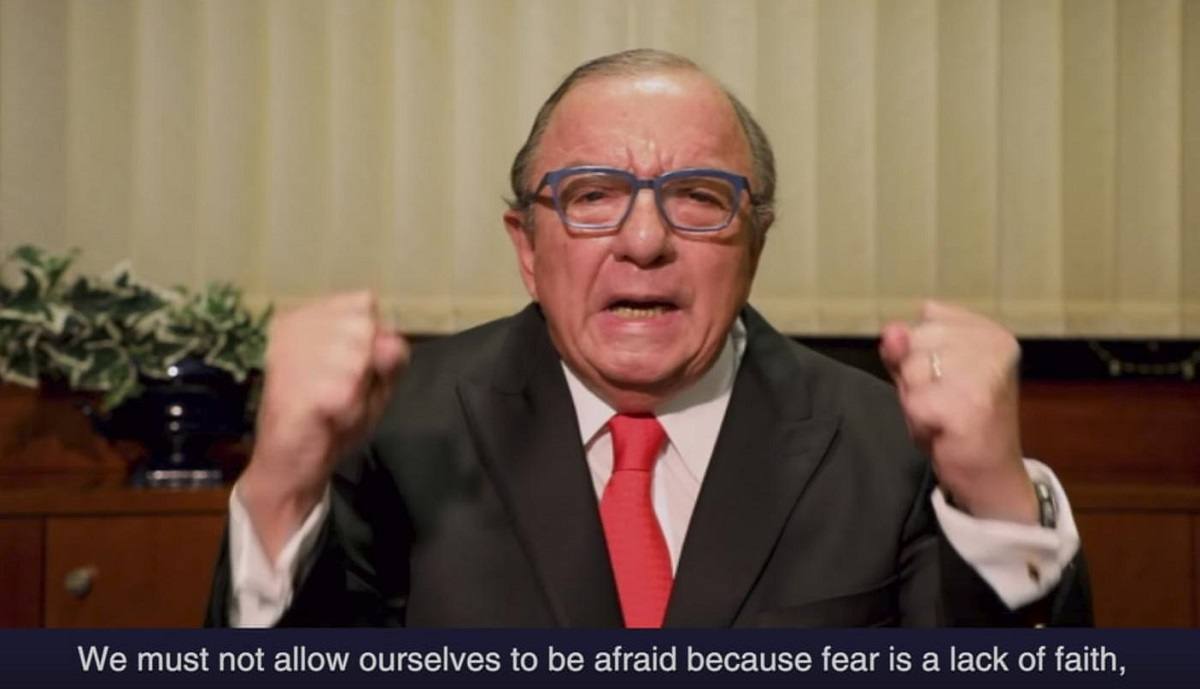 When the demonstrations took place in the country he was in London and from there the five-time presidential candidate showed his support for the Lenin Moreno government.

He did it in a video of about 3 minutes posted on his Facebook account, on October 9: “Ecuadorians, it’s time to keep calm, it’s time to support the Public Force, the Armed Forces, the Government , and all those who want good ”.

His virtual exhibition has been more frequent since 2017 when he faced the winds of Hurricane Irma on a beach in Miami. Your video went viral.

As a result, he has published many videos from a treadmill giving advice on good food and others offering work. The most recent position was for sales executive and its publication has more than 4500 comments.

But one of the videos with the greatest interactions is about his proposal to be the founder of the country called ‘America’. This initiative was announced weeks ago and seeks to unite all the countries of the continent.

Noboa proposes to make a ‘crusade’ so that the idea gradually takes shape. “The America I am looking for is democratic, free enterprise, freedom of worship”, so imagine the integration of the continent. His proposal contemplates a single ruler, a congress and a single Constitution. “It will no longer be from each country, that of Guayas will go to vote, Santiago de Chile will go to vote.”

During an interview via Skype, Noboa says he receives comments from Washington, Florida, Los Angeles, New York and cities in Ecuador.

“They think the idea is great. There are people out there who don’t like them and say I’m crazy, which I consider a compliment. (Albert) Einstein was also crazy … There is a small spoiled group, ”he says.

On this idea, the 68-year-old businessman has posted 14 videos on Facebook with subtitles in Spanish, English and Portuguese. Very few on Twitter.

He discards running for the next elections of 2021. He says it is no longer his aspiration. “I did it in the two presidential races that I won 1998 and 2006, which (Rafael) Correa never forgave me and robbed me of the Clementine estate for rage, I imagine. (But) he who does evil ends up paying evil, ”he says.

Noboa was a candidate for five occasions. In 1998 he ran for the Ecuadorian Roldosista Party (PRE); in 2002, 2006, 2009 and 2013 for his late Institutional Renewal Party of National Action (Prian) which was then re-registered as Adelante Ecuadorian Adelante.

That party was also extinguished last Thursday from the Permanent Registry of Political Organizations of the National Electoral Council (CNE). Yesterday, his manager Wilson Sánchez said he appealed the resolution of the CNE. “We will exhaust all efforts because we want an Ecuador where citizens can organize freely. The opposition is a right ”, and added that the decision is“ discriminatory ”.