Álvaro Noboa became the first official candidate for the Presidency of Ecuador on August 12, 2020. This day the national convention of his party was held: Adelante Ecuatoriano Adelante (AEA). 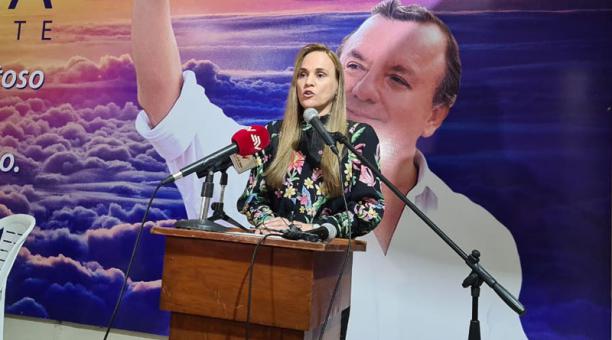 Sylka Sánchez , former deputy and leader of the political organization, indicated that the delegates of the 24 provinces voted for the candidacy of the banana businessman. He also said that there was the presence of a delegate from the National Electoral Council (CNE).

“Unanimously, all our provincial directors have voted for the candidacy of lawyer Álvaro Noboa as the candidate for president of Ecuador,” he explained.

This despite the fact that the CNE ratified last August 10 the cancellation of the party for not reaching the minimum percentage of votes in two consecutive multi-person elections, as established in article 327 of the Code of Democracy .

Sanchez explained that the August 9 AEA had its convention , but the delegate of the CNE did not attend because he allegedly had not challenged the procedure of cancellation.

“We made the complaint at the convention , we also presented a complaint to the Prosecutor’s Office asking for an urgent act where the president of the CNE, Diana Atamaint , was called to testify , and at night the CNE rectified and we were told that due to a technical failure there had been an error and they rectified. Yesterday (Tuesday) they notified the dispatch of the overseer ”.

The vice president of the CNE, Enrique Pita , mentioned that it is “inexplicable” that a delegate from the institution has been accredited. “The challenge was resolved in the plenary session last Monday, so the resolution on its cancellation is understood as enforceable.”

The communication department of the CNE confirmed the presence of the overseer at the convention on list 7. It was indicated that as they have pending appeals, the delegate was sent. It was explained that, as there is still a pending appeal in the Electoral Contentious Tribunal, the party’s cancellation is not yet final.

However, if the TCE ratifies the cancellation,  AEA would remain outside the registry of political organizations and could no longer proceed with the registration of candidates.