Amazon mayors in favor of the exploitation of the Yasuní 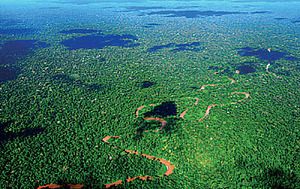 On Monday, a delegation of Amazon mayors met in the National Electoral Council (CNE) to request the forms that are required to collect signatures to call a referendum of support for the proposal of President Rafael Correa of extracting oil from the Yasuni.

Once they entered, Domingo Paredes, President of the CNE, told them the steps that should be followed to make applications.

Joffre Poma, Mayor of Lago Agrio (province of Sucumbios), who is in charge of promoting the campaign, said that 180 municipalities support the proposal, also said that mayors will request some days off to carry out meetings for the cause in favor of oil exploitation.

For his part, the Mayor of Joya de los Sachas, Telmo Urena, said that the proposal has a conviction of work and progress to Ecuador, while the Councillor of Francisco de Orellana, Antonio Carrera, indicated that resources from the exploitation of the Yasuní will remain in the Amazon.

Government and business are working in a draft for food labeling