Amendments to the Labour Code will be announced on November 15 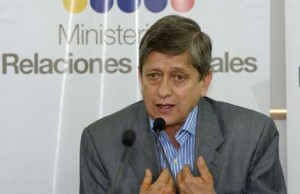 The Executive power continues working on the draft amendments to the Labour Code that will be submitted on Saturday November 15 to citizenship during the homage to the hundreds of murdered workers on November 15, 1922 in Guayaquil, when they conducted a general strike to demand among other claims, a working shift of 8 hours.

Among the announced reforms by the regime will consist “the Character of null dismissal” to protect the women during pregnancy, indicated the last week the Minister for Industrial Relations, Carlos Marx Carrasco.

He also announced that the fixed-term contracts will be proposed to terminate, thus establishing that all contracts be indefinite.

Another of the observations to the existing legislation would focus on unpaid work done at home, whose background would protect the housewife with social security.

With regard to collective agreements, the related unions to the United Workers Front (FUT for its Spanish acronym) demand, the president said: “We do not agree on collective contracting to work 36 hours and not 40 hours, vacations for families and others. They are taking away uniforms for our students.”